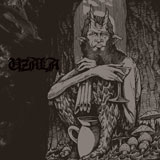 Tales Of Blood & Fire, the sophomore album by Boise/Portland doom-mongers Uzala is a very different beast from their self-titled debut.

As well as a change of line-up, with bassist Nick Phit departing to focus on the reunited Graves At Sea, and drummer Chuck Watkins leaving Graves At Sea to focus on Uzala, the band have also opted to record with the inimitable Tad Doyle, who gives their psychedelia-tinged doom a weight and heft that was perhaps lacking on their sparser Black Green-produced debut. The album was also mixed & mastered by the excellent Mell Dettmer, who recently recorded fellow Boise exports Wolvserpent. In addition to a change in personnel, the band simply sounds far more confident having been road-tested on a couple of US tours.

Opening track ‘Seven Veils’ exhibits this growth immediately, the growing growl of distortion enveloping the listener, as clean guitar wavers and winds its way through the fuzz. When guitarist/vocalist Darcy Nutt’s voice arrives, its with a new-found command, the strength of her hypnotic croon putting Uzala far ahead of the pack in the increasingly crowded ‘female-fronted occult doom’ genre. Her vocals have a real soulful quality, full of warmth, while still remaining bone-chillingly haunting. The tremolo-heavy solo that arrives halfway through compliments her perfectly. More soloing and vaguely Middle-Eastern vocal patterns (a product of hanging out with Stevie Floyd all day?) bring the track to its conclusion.

‘Dark Days’ is the sound of gathering stormclouds, ever building before fulminating in a melancholic, bittersweet vocal from Darcy. The album was written and rehearsed mostly without the involvement of bass and drums, and that is fully apparent on this song, the minimal composition allowing the interplay between the psychedelic guitar and ethereal vocals to truly shine.

The harsh, angular buzz that introduces ‘Burned’ couldn’t be more different from the previous track. The distortion and drums rumble and roll, fellow guitarist Chad Remains and drummer Chuck backing the vocal melody with a barbaric battle march. On their first LP, Chad also contributed vocals, his guttural growls breaking up the flow of the album perfectly. Here the more aggressive sections have his stamp all over them, but he eschews lending his blackened snarl to Tales, giving Darcy the chance to imbue her normally placid, plaintive voice with real menace, the rallying cry of a warrior queen. Or something.

When the wah-drenched guitars and eerie layered vocals of penultimate track ‘Countess’ begin to deconstruct around the halfway point, the whispered vocals and gradually subsiding percussion give way to a lone guitar, squalling across the sparse soundscape, highlighting another radical progression on this LP. Compositionally the band allow the songs more room to breathe, giving them a more expansive, improvised quality, so when they return to the full band attack, it hits even harder. It’s an exercise in quality over quantity, with a couple of the tracks being twice the length of anything on their debut.

Final track ‘Tenement Of The Lost’ is a concise distillation of all the elements that make Tales Of Blood & Fire so compelling; haunting vocals over fuzzed-out riffs and hard-hitting percussion. What more could you ask for from one of the best doom albums released this year?

Tales Of Blood & Fire will be released in a deluxe vinyl package available through King of the Monsters on October 15 and there will also be a limited edition cassette version available from Gypsy Blood Records. 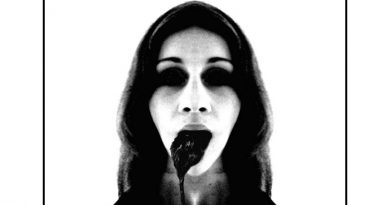 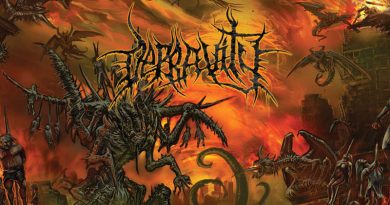