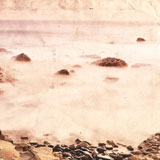 I don’t think NASA realizes we’ve been manning missions to Mars since the early nineties – at least where Farflung’s concerned, we’ve had an anthropological (if they even are human) boot firmly trenched in that part of the galaxy only fit for highbrow, esoteric discussions in remote laboratories by men with long beards and dirty white coats. To describe Farflung’s sound might indeed require more variables than quantum mechanics, but luckily their rich discography, which dates back to 1995 (debut album 25,000 Feet Per Second, Flipside Records), and includes a scroll of full lengths, splits, and live recordings, has given us enough blips, data points, and emissions for us to draw our own conclusions. In the interim, these dudes (six kindred spirits led by longstanding guitarist and founding member Michael Esther, and vocalist Tommy Grenas) have been sipping cocktails and riding floaties in a pool of acid krautrock, unfettered by those too grounded to tune in, and honored by those who pack their space suits and ‘get it’ – a way cooler and more relevant statement than a mere flag on the moon.

5 is kind of like the surprise you know is coming – the group is rather predictable in their experimentation, boundary pushing and proggy weirdness; it’s the Farflung we’ve come to know and love, a brand that has kept them not only under the radar, but off the map. But the great thing is that they always have a few tricks up their sleeve – and who among the faithful is going to turn down another chance at another trip, even if the rocket seems similar? Yet beneath 5’s vocal reverberation, synth sparks, and controlled chaos lies an accessible pulse – a hook-rich undercurrent of flat out cool, most evident on the slick, danceable jams that make Lupine a near radio friendly example of the band at their most grounded. And this album’s success comes from the occasional anchor that reminds us of the presence of song and form.

But this wild little sonic balloon has a 50 mile string, and even though its boundless peak altitude is illusory, it still has a hell of a lot of freedom to roam – Proterozoic grooves along as if Bad Music For Bad People (The Cramps) was entombed in a time capsule, launched to Venus, and somehow survived a lake of sulfuric acid and was rerecorded by that planet’s most adventurous inhabitants while 27th Sun is a trance rocking pure bred exercise in meditative psych – Grenas’s spoken word is near Gregorianesque as echoed grooves and minor chords and notes tumble and flow. Instinctively, the song feels like ritual prayer or at the very least a droning ode to something, someone, or some event far greater and infinitely more fantastic than human existence.

Whether it’s the galactic edition of early 90s Sisters of Mercy (044 MZP), the shoegazing metallic shimmer of We Are ‘e’, or the garage rock freakouts of Being Boiled, there’s a motley crew member to man every alien landscape – lucky for us, Farflung is more than willing to host our fixed orbit. And it just wouldn’t be polite to not stay for a second spin. 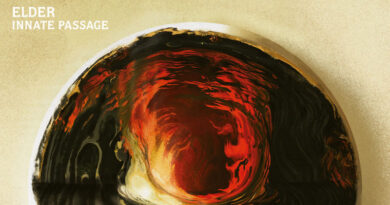 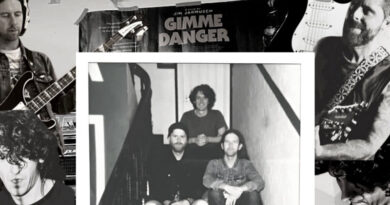