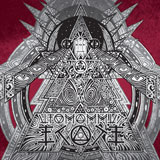 As the sun returned to our isles and I sat in my back garden, with blue skies overhead, the sun’s warmth on my face and the sounds of nature all around me, I should have been perfectly primed to soak in Italian doom trio Ufomammut’s latest conceptual album, Ecate. The band have become synonymous with fuzzy stoner riffs and warm tone in the fifteen years since they exploded onto the scene with their 2000 debut Godlike Snake, and after six more albums Ufomammut have become synonymous with heavy, full-stop. Although I’ve never had the opportunity to see them perform live, all reports suggest that it’s as close to a religious experience as any heavy-metal worshipping heathen could hope for and their recent form meant that I had high expectations going into this record.

Ecate is their eighth album, and their first since 2012’s double-whammy of Oro: Opus Primum and Oro: Opus Alter, and it has already earned rave reviews across the heavy metal media. As the album slowly lurches into action on opener Somnium with synths and creeping heavy tom-toms, it’s clear that Ufomammut’s mastery of dynamics is still very much in tact, and the band launches into a cyclical riff that blows away all the cobwebs that had been building in the sonic space the band left us in at the end of Opus Alter. Plouton follows and keeps up the destructive pace – no peaks or valleys here, just a boulder picking up speed as it levels everything in its path.

Temple lies at the heart of the album and is arguably the strongest song, acting like an almighty sun for the other songs to orbit; the riff that kicks in around the five minute mark certainly seems like it could have been forged in the heart of the sun, so unapologetically bad arse that it is.

However Ecate isn’t without its flaws. For example, Chaosecret, despite all its bells and whistles, feels a little bit bloated. In general the riffs on Ecate sound huge but are a little unremarkable and, except for the odd one or two, didn’t linger in the memory for long once the album was over. Likewise, the vocals are so muddy and buried into the mix that they lose their purpose; this means that the lyrics and melodies are practically unintelligible.

Perhaps it’s because Ufomammut are such a great band that one would hold them to higher standards, but Ecate sounds a bit like a band in autopilot mode. By no means is it a bad album, and coming from another band I’m sure it would be all the more impressive, but for a band of their calibre and having so much good work to show for their 15 years together, Ecate doesn’t show much in the way of growth or diversity. With an obvious drive to continue creating art, whether in their design collective Malleus or as Ufomammut, let’s hope that Ecate is a temporary plateau rather than a peak. 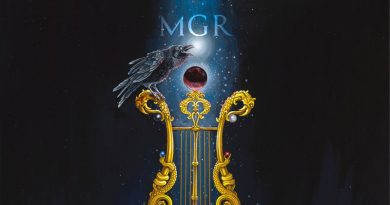