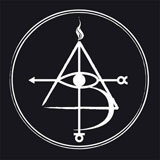 Abysmal Darkening is a doom metal project from Tilburg with a particular blackened flavour. Earlier this year they released their second album after four years of waiting, titled Sub Terra. A dark and bewildering trip into darkness and depression and that was released by Totalrust Music from Israel.

The band features (former) members of bands like Sauron, Bunkur, Verbum Verus and Planet Aids. Therefore, the experience among the troops is enough to create something pretty powerful. The record clocks about 46 minutes and has seven tracks to enjoy. It’s one of those records that makes the sun feel a bit more dimmed and clouds a little darker. With an occult atmosphere and a love for darkness Abysmal Darkening know what they’re doing.

The overall feel of the record is such that Abysmal Darkening actually doesn’t need tricks to create an eerie and dark atmosphere. The slow, crawling guitar tones create the feeling of a slow, lumbering progression with a dramatic grandeur. Throughout the record, that atmospheric element constantly remains present like a template for the further elements of the songs.

The vocals shift between desperate howls and monotonous mockery, like someone leering at you from the dark. The feeling of a haunted crypt is not a far off description for what you receive as a listener from this band. Even grimmer are songs like A King Forever, which is actually sung in a croaking, morbid voice in the Dutch language. An element repeated later on the track De Doodgraver (The Gravedigger). The lyric matter of the band deals with topics like pagan magic, eldritch horror and simple misanthropy, something the band easily conveys.

On various songs the black metal influences shine through in the layer upon layer of guitars, forming that familiar bleak wall. This is only emphasises that continuous, weary sound of Abysmal Darkening, making this such a captivating listen, where you simply are dragged along with the tones. It’s not surprising to hear these elements come back, giving it that truly doomed feeling and adding a whole layer to the sound of the band. It’s a bit like a Hitchcock film, there’s hardly any need for the frontal assaults, the suspense is enough for this band to create an aural version of exactly that.

Sub Terra has become one harrowing experience, combining doom with pitch black elements to create a descent into the dark for the listener. Well worth your time, obviously.