Rock ‘n’ roll, now a days, almost seems like a fable from the past, when all the kings and lords ruled and created unprecedented tales and creations, upon which now every other related genre grew, developed and bloomed like algae. Like, every fable derived and founded upon older fables, the lordship established by The Dave Brubeck Quartet, Wes Montgomery, Muddy Waters, B.B. King, Louis Jordan, Roy Brown, T Bone Walker to move forward by Chuck Berry, Little Richard, James Newell Osterberg Jr., Bill Haley, Antoine ‘Fats’ Domino Jr., Jimi Hendrix, Phil Lynott and Ian Fraser Kilmister, created the whole ‘rocking and rolling’ sound and the quintessence of Rock ‘n’ Roll.

For the followers of all those legends and their timeless creations, that can easily be the end of the line, as there are too many greatest things were created, and thus enjoyed by the blessed followers in those golden periods. So, for all diehards, modern period Rock ‘n’ Roll, almost seems like living on a distant dream, until you can play few tracks named Evil Spirits or Lost In The City, on their vintage stereo with the big speakers that somehow still work and may expect to see them asking, who are they!

With a broad smile, you would be able to say, a recent discovery you made during wanderings – an underground trio out of North West England named The King’s Pistol and till now have turned out four albums, a few EPs and deftly navigated their way through since their inception six years ago.

From that, almost teleportation like conversation, it’s evident that, old or new, any spirited follower of the genre, should find it interesting, as The King’s Pistol plays straight-up, balls-to-the-wall rock ‘n’ roll with a vintage blend of twisted-folk, country-punk and southern rock – which is full of wilderness, excitement and raw energy. It’s perhaps only fitting that the bands latest EP – their second of three in collaboration with Sweden’s Majestic Mountain Records – is titled Rip It Up. And, with their past releases, they’ve already set the bar higher and naturally, a tougher, meaner yet spectacularly crooked release came up, which make Rip It Up, a six-track blast of ‘rock and roll’ that sounded killer from the initiation.

This record has it all, speedy guitar licks, giant anticipatory repetitions and a sense when to break through the noise and burst with excitement…

With more and more volume, it’s getting better all the time and became quite an addictive listen, which transferred via the strong structures forged by Andy on bass, Jim on drums and slide guitar, and Julian aka The Pistol on vocals and guitar. As evidenced on straight ripping opener Rip It Up, almost punkish sounding River At Midnight; very different but still feeling interlinked. Sharpshooter and Flame Of Love are like the epitome of moody and spirited rock ‘n’ roll, whereas The Way The West Was Won, will obviously raise eyebrows about the band’s origin doubting if they’re actually from the south of the USA and not sleepy Cheshire in the UK.

This record has it all, speedy guitar licks, giant anticipatory repetitions and a sense when to break through the noise and burst with excitement, created by gritty acoustic guitar, meaty bass, subtle percussion and bold vocals – all of which made this genre so fascinating during its glory days.

Music aside, the album artwork is an incredible eye brow raiser and without any doubt, Majestic Mountain Records have outdone themselves too, as Rip It Up comes on 12″ 180-gram vinyl housed in a single sleeve, and every single copy  comes up with stunning ‘dueling scorpions’ lyrics poster by artist Spectral Ecstasy, which limited to 300 copies, with multifarious options to choose.

To all those, already hooked, followers of The King’s Pistol, Rip It Up will appear as a huge step forward for the band, and to all those unexposed, the trio will bring a new revelation and shall find a fixed spot in their playlist and rock ‘n’ roll expedition. 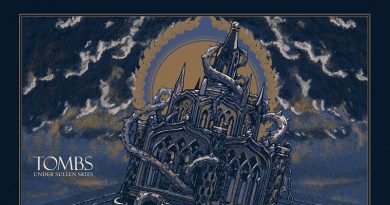 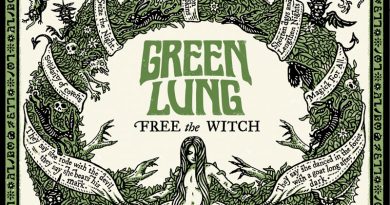