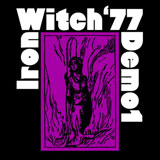 Since Eyehategod came belching out of our speakers nearly 20 years with their thuggish take on Sabbath riffs, feedback and psychotic vocals there has been no shortage of bands vying for their crown. Liverpool’s Iron Witch are the latest to weigh in with some mountainous riffing and thundersome drums.

This demo is something of a precursor to a release that will be due on the ever impressive Witch Hunter Records in 2011. As a first offering this is raw and much in need of some refining around the edges but not without some real charm and merit. The band do have a knack with a catchy riff and Chris’s throat scorched vocals are belted out with conviction reminding me a little of The Accused’s Blaine Cook.

“Booze Blues” is a crawling behemoth of a tune that thunders along on a simple repeating doom riff ushered in on a wave of feedback. Musically the band here seem to know they’ve got it good with this riff and see no reason to change it too much but a good riff is a good riff so why not milk it. At a shade over 3 minutes it’s just short enough to be effective but not so long as to outstay its welcome.

“Hyper Vixen” is by far the more interesting of the two songs on offer here. Another drone of feedback is kicked in the nuts by a lovely rolling Sleepesque riff that manages to be both offbeat yet grooves like a bastard!!! Iron Witch also inject a little more variety here with something approaching a chorus that shows that under the murky distortion there is something that will worm its way into your subconscious and stick like a used condom to a carpet!!!

It has to be remembered that this is a demo so some allowance does have to be made for the sound quality which it has to be said is pretty bad. In fact the overall vibe is of a 4 track recording hammered down in a rehearsal room. The bottom end grunt that would make these tunes so much more effective is sadly lacking and that drums are pretty much reduced to a clattering snare with some cymbal shining through while the vocals sound like they’re being sung from the corridor. It’s a shame as the band sound as though live they could be a pretty fearsome proposition. Hopefully on their Witch Hunter release they’ll chuck the extra couple of quid at the recording to do them some real justice.

Does the world need another sludge band, maybe not but the signs are here that Iron Witch could, in time, make a pretty weighty contribution to the scene. They have a little way to go before they hit the same levels as Koresh or Dopefight but their journey won’t take too long by the sound of it. 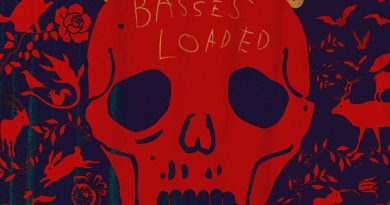