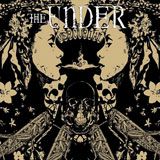 Progressive Metal… The name itself can strike fear into even the most open minded of rock fans, conjuring images of beards, cardigans, glasses, too many notes, 7/8 time signatures and the ability to judge and look down on all other forms of music from the lofty heights of a Dream Theatre shirt.

If the Geek shall inherit the earth Prog Metal would be their soundtrack, Mike Portnoy would be their God and all iconography would be a lavish psychedelic, computer drawn, mythological image, preferably done by Travis Smith depicting a spiritual theme that their non religious stance conveniently ignores and heathens are crucified for suggesting that Tool are Prog…

Okay, okay… so having established that in general Prog is a genre that can be laughed at, as easily as say Black Metal figureheads and Fred Durst, the fact is that The Under have immense talent as musicians, to consider that the soundscape that is created comes from just three people should be enough to make you sit up, ignore the suggestion that if there is one thing Prog Rock doesn’t do, it is rock.

‘Mercurial’ rides in on lush melodies, intricate guitar work and soaring vocals that are reminiscent of Bruce Dickinson, Rob Halford or even the accessibility of what’sisname from Alterbridge. Sure there are time signature changes left, right, slightly left of centre and sometimes even the centre (sorry I promise I’ll stop) but there are always heavy, punchy passages that pull back into focus the wandering guitar and keep your attention.

There is no denying the quality of the performers on this record, the aforementioned Durst doesn’t have this many riffs in his band’s career and Blaze Bayley hasn’t managed as many vocal notes as Daniel Costa manages in one song, and this is whilst he is churning out complex lick after lick on lead and rhythm guitar.

There is so much light and shade on this record, the song Alaximander in particular, that this reviewer had to take a break and move house for some relaxation before returning to it, such is the wealth of blistering solos, fluid polyrhythms and the dueling backing of Jason Walker and Randy Odierno.

Fans of prog will probably be after me with pitchforks and burning torches for this review, but that is not to say I don’t have respect for what is being produced. There is real passion in the song writing craft, this is not some soulless navel gazing exercise of being oh-so-clever and pushing boundaries for the sake of it, you can reference Rush, Led Zeppelin, Black Sabbath, Voivod, jazz, you name it and you can probably pick up some inference in there – I even heard The Mars Volta, but that probably speaks more about the common ground shared in their own debt to prog rock maestro’s rather than The Under’s likeness to them – as they swoop and soar from tender almost ethereal moments to full on crushing metal.

If there is one criticism I would level at this record (and to be fair to them it probably speaks more about my heathen lack of appreciation) is that after repeated listens I would still struggle to point out particular moments. There is so much going on that at times it feels like an endurance test and you wonder how they manage to maintain the intensity and still hit all the notes live. Put it this way, I drove to work this more practically screaming the chorus to Tool’s ‘Aenima’ with vicious, joyful, abandon and would not be sure that The Under have managed to incorporate this arrow to their bow…

Then again:
Rule 51. Tool is NOT prog. If anyone insists they are, kill them.
No, I’m sorry… please don’t impale me on that pointy Ibanez… 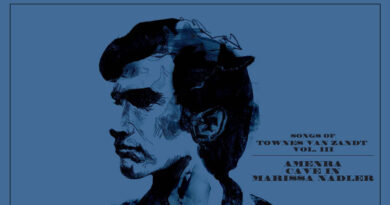 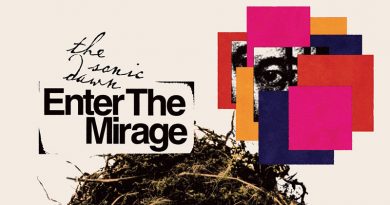