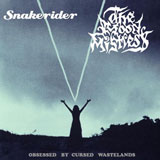 For those yet unfamiliar with this record the only advice I can offer is that you should immediately improve the situation and grab the CDs as fast as you can. Diverse combination of monolithic occult doom from the very depths of eternal glaciers and raw dirtiness of distorted mind-melting stoom makes this split an interesting and pretty inspiring listen. “Obsessed By Cursed Wastelands” presents two newcomers from the thriving Eastern Europe scene, from the capital cities Moscow and Kyiv respectively, both bands make their debut appearance in physical format here.

This release was brought into being by the underground elitist Pestis Insaniae Records run by Mitya DHS, the drummer of The Moon Mistress as well as of The Vivisectors, Russia’s veteran explorers of the psychedelic art and heavy rock universe, who’s also in charge of Red Gates rehearsal rooms in Moscow. The other members of the band include bass-guitarist of the power trio Evil Cosmonaut Memphis and Garish on vocals and guitar. Guys from The Moon Mistress deliver refined and re-recorded versions of the tracks off their self-released downloadable demo: VVitches and Metropolis, which turned out to be an impressive piece of tripped out yet fucking heavy doom metal making a total of fifteen minutes of aural ritual.

While aforementioned demo record wasn’t flawless and suffered from obvious shortcomings such as the irresolute vocals and blurry guitar solos, this record documents progress of the band taking rapid strides forward. If it wasn’t for the greatness of material these folks write I would respect them only for the fact they contrived to turn their drawbacks into the highlights. The vocals are so outworldish and contemplative they almost sound right from the center of your mind. Guitarwork improved also and enriches sound with psychedelic atmosphere adding appropriate background to the main riff. Rhythm section supports him with all the force a human being can put into playing an instrument thus the result is astonishing pure doom metal, traditional in the best sense of the meaning, delivering the goods in horrendous proportions. The only thing that can disappoint a listener is the quantity and never the quality of the songs, but I hope it’s safe to say there’ll be more soon: as far as I know the debut full-length is in the works. Look out for it if you’re into everything occult, psyched and DOOM!

Snakerider specializes in the different dimensions of heaviness with the different approach to psychedelia. Drawing from the likes of Bongzilla and Electric Wizard they craft their viscous/vicious sludgy stoner-infused heavy rawk with tangible marijuana smoke aroma. The trio comprised of the drummer Igor (also lead guitar / vocals for Stoned Jesus), guitarist Daria (occasionally on harmonica) and Sergey (Kasu Weri) on vocals / guitar operates without four-string low-end tones which is equilibrated with double guitar attack. Songwriting is based on the contrasts between slower, more reflective parts and the harsh monstrous grooves with vocals ranging from the chant-like to lung-spitting roar. Amusing numerology of the four tracks with an approximate running time of twenty minutes implies where the inspiration comes from and the last songtitle on this record proves it. But keep in mind they’re good enough to be jamming to not necessary when high.

Both bands on “Obsessed By Cursed Wastelands” are definitely worth checking out and unlike most of the reviewers I don’t really think comparing the two artists on the split is a good idea since it’s the question of the personal preferences, the listener is welcome to judge it by himself. 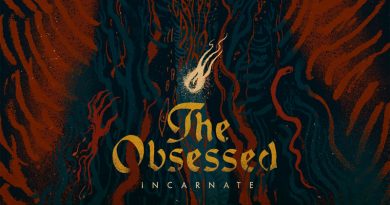 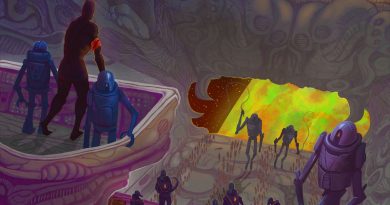