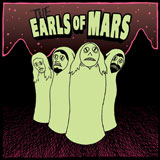 Experimental musical collaborations can often go horribly wrong. All too often musicians with an inflated sense of self worth and their own talent will get together to produce works that succeed on no level other than to examine the contents of their own colons. Then again, on rare occasions, a group of musicians will get together “just to see what happens” and it will work.

The Earls Of Mars comprise four grown men, all of whom have paid their dues and should probably know better. The most obvious of these is Harry Armstrong (End Of Level Boss, Hangnail, Decomposed…etc) who has cast aside his trademark Strat in favour of keyboards and vocals. He is joined by solo multi instrumentalist Dan Hardingham on guitar, Si McCarthy on stand up bass and Dave Newman on drums. The result is both familiar yet new. Yes it’s heavy…in parts. Not oppressively so but Hardingham knows his way around a riff and appreciated the power of the fuzz when it’s required. He also knows when to add extra flavour and texture to suit the song. The song is still very much the key here for The Earls Of Mars. For a band who congregated, if their bio is to be believed, with no agenda or preconceived ideas to see what would come out, the power of a great song remains at the core of the band’s sound regardless how many genre hoops they may jump through to get there.

Opening track ‘Poor Whores Petition’ is more straight ahead heavy fare whereas ‘The Swinger’, as the title suggests throws in some elements of jazz and ‘The Astronomer Pig’ somehow invokes Tom Waits, David Bowie, Queen, Alice Cooper, Voivod and Faith No More in the space of six minutes with Armstrong running the gamut from throaty, drunken ramblings to impressive vocal acrobatics. In the space of the first three songs the band have thrown as many curve balls as the entire Baseball world series. The effect of this, as with a great whodunit film, is to keep the listener enthralled and on the edge of their seat awaiting the next move. It is this combination of unpredictability, diversity and excellent song writing that gives this album the all important repeat factor…there is so much going on within this music that further listens are not only desirable but essential to capture every nuance as well as having songs and hooks that reach out and pull you in further.

I could go into great length and detail about each song on this album but space and your patience as readers may well be tested. Suffice it to say this is an intriguing and enthralling album full of subtle twists and turns, brimming with hooks and displaying a sense of diversity that takes in the afore mentioned bands and many more to create something that is both grandiose at one end of the scale yet intimate at the other, it is audacious yet vulnerable, confusing yet enthralling. This is an album for fans of music, not fans of genres as this is an album that steps in and out of genres seamlessly throughout its ten song duration. I could continue trying to describe this but I feel my efforts would be somewhat fruitless in comparison with actually just prompting you to just go out and listen to it, which is what you should probably do…now. 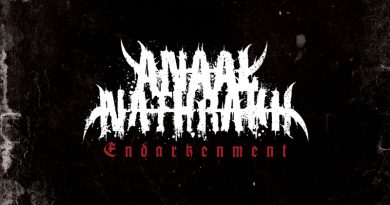