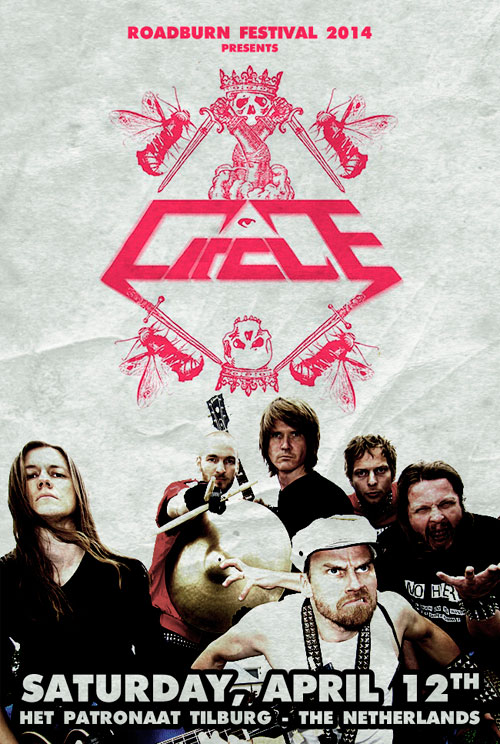 One of the most important musical influences on Finland’s indescribably, uncategorizably brilliant Circle was the band LOOP, and Walter & Co are ecstatic to be able to announce them both on the same bill. Circle will play their unpredictable but intoxicating blend of psychedelic metal / krautrock / artrock at Roadburn Festival 2014 on Saturday, April 12th at Het Patronaat.

In the beginning, Circle chose its name as a tribute to LOOP, and played incredibly repetitive angular punk / kraut rock. Fast forward 20 years later and Circle will be playing Roadburn with their musical heroes. In the interim time between those two events, Circle have released a bewilderingly diverse and numerically daunting (at least 33 full lengths!) catalog of music that truly defies description.

The one constant for the band has the been the mind blowing quality of their live shows, something they have been fortunate enough to witness at Roadburn in 2007 and 2011. The Roadburn Crew can only expect something inspired and unexpected as they bring Circle face to face with their influences.