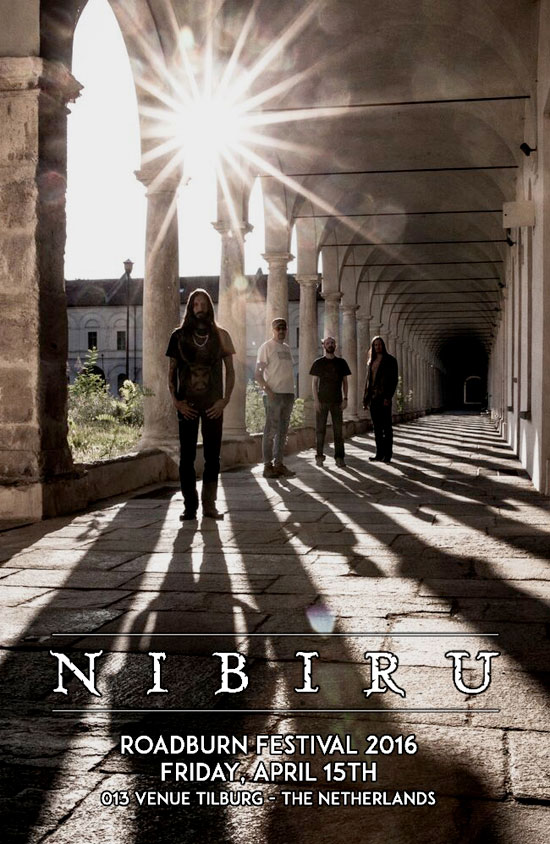 Transformative, terrifying and and a journey to the most unstable shores of consciousness, Turin, Italy’s Nibiru are the sonic equivalent of the sense-overload torture scene in A Clockwork Orange, only meted out to your third eye.

Active only since 2012, the recently expanded four-piece have already released three albums and nigh-on four hours’ worth of teeming, and Hindu-derived psychoactive sludge, suggesting not only that Nibiru are thoroughly devotional in their approach, but that their music is a portal to vast realms in constant need of chronicling.

If their latest album, Padmalotus, is any more structured than its predecessors, it’s still a plunge into convulsive, otherworldly currents with only occasional moments of propulsive groove and stern riffage to hold onto. Occupying a space between Skullflower’s celestial siege and the blood rite invocations of Dark Buddha Rising, this is music as a visceral rite of passage and deliverance, and Roadbun 2016 is a rare live foray for Nibiru beyond their native borders, and into territories unknown.

“Our concerts are rituals,” the band explain, “but they are also a very physical experience. The energy flows from us to the crowd and returns to us. It’s an exchange of energy.” Prepare to pass beyond the event horizon.