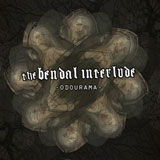 Coming at you harder, faster and with more Scouse aggression than a Steven Gerrard Kung-fu kick to the bowel, the Bendals are back once again to reinstate their desire to perfect stoner-thrash’s grimy onslaught. Their 4th EP since 2008’s ‘Old Meg’ debut is another 4 tracks of hacked up sludge groove, Bay-Area speed metal rhythms and vocals that would make a Motörhead roadie’s ears bleed.

Guitarist Stu Taylor confirms his credentials as one of the UK’s riffiest customers as he leads the merry Northern rabble through wave upon wave of prime proto steel, nailing root notes and power chords like Alex Skolnick after a bad day at work. ‘Hat Time’ is a 2-minute muscle-bound stomper, which nears power-violence levels of aggression. I don’t know who ‘Ron Salmon’ is, but if this ode to him is anything to go by then I’d say he’s a sludgy, brooding, riff-chunking son of a bitch with a killer hook and beer or five to chug away on. The title track is perhaps the peak of this short EP; its filthy, decaying vocals courtesy of frontman Nat Gavin stick to your ear drums like chewing gum in hair whilst Dave Archer’s fierce double-kick attempts to shake them off. ‘Shants II’ is a revisit to the ‘Shants’ track from their 2010 EP, seemingly sharing the same riffs and generally smashing in the same general direction.

This is perhaps the problem with this new short set of cuts from T.B.I., in that it’s not going anywhere when put next to their previous outputs. The production is still muddy and DIY-driven, and with a fourth EP and no full length yet written, it feels like a cul-de-sac of ideas. Don’t get me wrong, I think this band are great and are totally where it’s at when it comes to crushing leads and bass-stomping tunes, but I know that they can do better than this. A full length would allow more room for creativity and potentially a greater budget for quality on the recording side, and it would be great for the Bendals to open up their minds to doing more than flat out thrash riffs. Dave Archer is absolutely in the pocket behind the kit, but his snare comes across like rain on a margarine tub and all-in-all it just doesn’t add up to what T.B.I. are capable of live.

Never mind, ‘Odourama’ is still an absolute rifforama and who doesn’t love a fat chunky riff? This isn’t a bad EP by any stretch but go get hold of their self-titled 6-track 2010 EP, the rawer ‘Foal Recordings’ EP or the debut ‘Old Meg’ demo as well as this if you want a serious introduction to Liverpool’s mightiest axe-wielders. 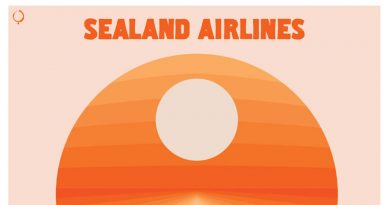