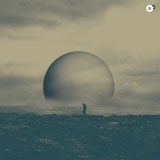 Slow rolling like fossilized tumbleweed across the surface of a planet which has long-since been laid to uninhabitable waste, Tentudia’s Self Titled album casts a spell of utter desolation. Two long tracks surround the album’s crashing, yet distantly braying nougat like a bitter, yet tasty, hard chocolate coating. With quiet, slow calculation, the album crawls from the speakers as if each note is but the final crackling sounds of the planet’s death rattle sigh.

You might find yourself wondering why a site such as the Shaman would review such band as this. Well, for starters, it was offered to me, and for another, it was so deeply reminiscent of Ulver. And everyone knows of this band and their deep rooted connection to the metal genre (shame on you if you don’t). I was compelled to listen, though I too found myself questioning the relevance this band has to the site known as the ‘Heavier Than Thou’ Webzine.

Allow me to elucidate.Tentudia’s sound takes some growing into, for sure. As a new listener, you might catch yourself yawning…but give it time and you might find yourself swooning along with the sometimes flirtatious guitar strumming. Everything about this album comes to you slowly. J. R. R. Tolkien’s Treebeard said it best: “We never say anything unless it is worth taking a long time to say.” This is also true for Tentudia.

Dreamlike, this album cultivates as well as molds visions from within the subconscious mind. Flashes of scenes from films—old favorites and perhaps ones which never were stream through my head, disjointed and vivid. The keyboards create a sense such as the expanding of the universe, while also creating a thrilling partnership with the occasional, maniacal guitar outbursts; the vocal accompaniments sound devilishly cultish to my ears, bringing the experimental duo The Moon Lay Hidden Beneath A Cloud immediately to the forefront of my mind.

Tentudia’s music would be well-suited played in a dimly lit lounge venue, I think. Where grey streams of cigarette smoke swirl aimlessly in the low lamp light like ghosts recently given up in the dark somewhere nearby. Don’t worry, that’s just my imagination playing tricks on you.

I can’t say that I’ve heard many bands such as this before. But every once in a while something new comes along and I swallow it up eagerly, such as a man would do if he found water in a desert; the modern music market feels all too similar. In my humble opinion, heaviness can be generated without the usual guitar buzz-sawing and machinegun snare-pounding. And it’s quite nice when people have the intelligence and patience to discover this fact. Those of us who do are few, sadly….

I once read somewhere that, “something which is truly epic needs to be boring.” I don’t remember who said it, nor do I know if I’m quoting it properly (pardon my vagueness, it’s late, and this music is making me sleepy…in a good way). All I know is that this band is giving me awe-induced gooseflesh. I’m reminded on a weekly basis since joining the ranks of the Shaman that there are still many diamonds in the musical rough to be found…you just have to keep looking. And having an access route to such musicians is also helpful.

I’m very thankful to have been given the chance to write these reviews for you all to read. And I hope at least a few people find something special to enjoy by reading these words I have written thus far.

Have a good night, morning, or day…wherever you are. 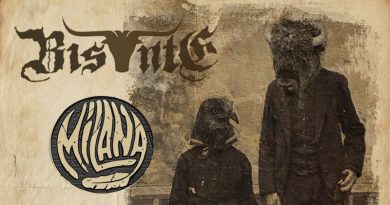