It goes without saying that one of the cool things writing about, and reviewing music is inevitably I’ll get exposed to a band, a record, that otherwise may have blown right by me. Even if a record gets some hype online, or on social media, the never-ending mountains of underground rock/metal being released every month can be overwhelming for even the most over-zealous of a banger.

Virginia Beach‘s Snake Mountain Revival and their debut record Everything In Sight, dropping November 19th on Ripple Music imprint Rebel Waves Records, are an example of the type of band and album I’m referring to. Had I not been writing for The Sleeping Shaman, there’s a good chance I would’ve missed this weird, quirky, rocking, psychedelic, amazing, fully accomplished debut record entirely, despite any hype I may have been exposed to. Evidently, the trio started as an all-improv act in the coastal Virginia area, and their musical prowess forged is on full display with Everything In Sight.

It’s eclectic, thus making it far too difficult to pigeon-hole as mere ‘stoner rock’. This record is all over the place. The mid-paced, echo-y bounce of opener Satellite Ritual sets the mood right off the bat. An airy, psychedelic jam that has many layers to unfold over the opening six-plus-minutes, bassist and vocalist Ryan Chandler showcases his nice vocal range, even with all the effects, throughout the many layers of Satellite Ritual. Additionally, guitarist, producer and engineer Zack Trowbridge gives the listener a small sample of what he’s capable of with his guitar skills.

Moon Baron has Trowbridge offering a nice, fuzzy, driving riff throughout, while Just Feeling instantly reminded me of the sparse, psychedelic plucking of The Doorsimmortal classic The End. Lofty comparison to be sure, but it’s fair and accurate. This song conjures up a very similar vibe, Chandler sounds fantastic, as does Trowbridge. Not to be forgotten, drummer Josh Woodhouse offers a steady, understated beat, which is commendable, if what I’ve read is accurate, he was a former death metal drummer, a genre not exactly known for laying back on the beat.

Trowbridge‘s guitar playing and tone is stellar throughout Just Feeling delivering a tasty, psychedelic lead during the outro. Graveyard Grove is another slow-burn musical journey. A psychedelic, western-flavored epic, that like so much of Everything In Sight, unveiled something new upon each listen

Whether the psych-stomp of Moon Baron, the dare I say The-Doors-eque Just Feeling, or the trippy, swirling title track, Everything In Sight is an exceptional listen from start to finish…

The centerpiece of the record, for me, is the title track itself Everything In Sight, a rolling, epic, eight-plus-minute musical journey that takes the listener in many, many different directions. As mentioned earlier, Trowbridge to this point has given the listener a nice sample of his arsenal, but on the title track, he lets it all hang out, unleashing his spacey, psychedelic, playing, that for me, conjures up a lot of comparisons to I-can’t-believe-I’m-going-there, John Frusciante, and his weirdly eclectic solo albums. The minimal echo-y, perfectly spaced single note playing defines so much of what makes Everything In Sightsuch an enjoyable listen.

Pheremone reminds me of The Black Angels, while continuing to showcase Trowbridge‘s stellar, diverse playing throughout the duration of the track, really letting loose on the outro. Water Moccasin, the records lone instrumental, dips into Trowbridge’s surf-rock past, but it’s put through Snake Mountain Revival’s psychedelic prism, making it sound very un-surf rock-like, but the vibe is there. Chandler’s fuzzy bass compliments Trowbridge’s leads deftly. It all ends with the aptly named Valley Of Madness, Chandler’s effects-laden, soaring vocals, Trowbridge’s garage rock like riffage, his killer lead work, and Woodhouse‘s understated beats and cymbal-crashes bring it all to a close.

Whether the psych-stomp of Moon Baron, the dare I say The-Doors-eque Just Feeling, or the trippy, swirling title track, Everything In Sight is an exceptional listen from start to finish. It really is a musical journey, one that I made many, many times, as I sat with this record for a good few weeks before reviewing it. Everything In Sight was an eye-opening surprise for me. I knew nothing of the band prior, choosing to review this album based on their association with Ripple Music, and frankly the band’s name.

While not necessarily ‘heavy’ Everything In Sightchecks many boxes for what a fan of underground heavy rock might look for. The Black Angels comparison is valid, as is a little Dead Meadow, But Snake Mountain Revival are their own entity, a lot of it due to Trowbridge’s stellar playing, his choice of tones, and his note choices, to say nothing of his engineering and producing skills, alongside co-producer Danny Zawacki, as Everything In Sightsounds fantastic. An end-of-the-year release, that’s very quickly turned into one of my favorite records of 2021. 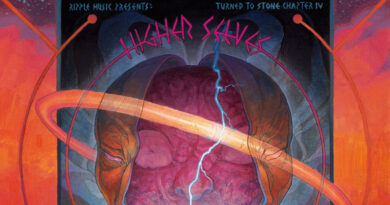 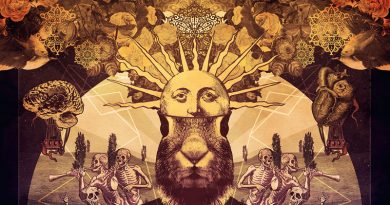