The city of Turin in northern Italy is considered by many to be the hub of the Italian ambient electronic music scene. A city that is teeming with many new talents of this musical genre. At the heart of it lies one of the most interesting and courageous labels of its kind, Delete Recordings, whose catalogue includes the crème de la crème of these fervent souls full of musical ideas.

Another little musical jewel, born from the indefatigable and creative mind of one of the leading artists of the Turin experimental electronic scene, has just been released on this label by Turin’s ‘adorable child’, Giorgio Pilon aka George Self Pylon aka Selfimperfectionist.

Leaving aside his musical roots, which come out of the British post-punk scene and expressed in his previous bands such as Kitchen Sink and Single Sign On, Pilon began his electronic adventure in 2012 by releasing his trademark sound with his evocative debut Tooting Park Station, a title given by Pilon precisely to remember the suburb of south-west London, Tooting Broadway, a place that I also call my home. Some might call it infatuation, but for Giorgio, it’s LOVE.

From this moment on, his eclectic mind never stopped releasing and expressing his warm feeling through his music. His collaboration with Max Raiteri‘s on Only The Clouds Remain expresses in four movements his continuous research within the universal woods of experimental music, and seals the continuous desire to explore those shores of electro-ambient and ethereal sounds that invade his entire welcoming repertoire. His second album, 2020’s Life In Square Bracket, captures the intimacy of a soul that doesn’t swim to drift, but to go beyond its musical limits.

A breathless piece of work that expresses the human state of mind made of sadness, joy, nostalgia and memories…

After two years, interspersed with his 2021 single Archangel, Pilon gives us a little jewel set on a crown full of magical splendour and crazy purity: Pure is the word. Captivating, mesmerising, dreamy and sometimes cruelly stratospheric. A breathless piece of work that expresses the human state of mind made of sadness, joy, nostalgia and memories. Pure once again makes use of the perfect production of one of the most important producers/musicians of the Turin experimental music scene, Marco Milanesio.

Pure is the work par excellence of an artist who knows how to transgress in the musical field and does so with parsimony and deep affection linked to his work, to the love of the people he meets and who are around him. While some new musicians of contemporary music load their sounds with long tracks of boring madness, Selfimperctionist works by reflecting and entering his musical portraits, expressing a meaning of pure existentialism made of nostalgic memories of family life.

His music savours the sweetness of a pure soul that is rarely considered rebellious. On Pure we find moments of peace made of surreal ocean landscapes like on Untold, while darkwave imagery is disseminated in Dusk, and happy electronic experimentalism is expressed with overwhelming beauty in compositions such as Dialectical and Forever. The ending sounds like a farewell, but Goodbye, My Dear Friend is covered in a veil of mystery that captures every little essence of a soul that is always looking for peace. Pure is a musical picture painted with love and wisdom that is part of the world around him. 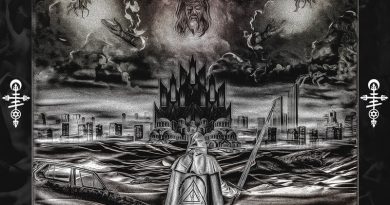