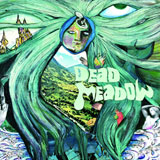 Cast your minds back to the year 2000, when the heavy music world was, as so often, divided like Berlin after the war, into increasingly redundant large-trousered nu-metal, the second wave of black metal that was burning out, after its bright 1990s phase, and a new breed of progressive hardcore-fuelled scamps like The Dillinger Escape Plan and Cave In, still screaming at a wall.

On the fringes of all this, worried doomers continued to see no big limos coming their way, with Kyuss having imploded and a few predictable chancers still standing, foot-on-wah, in their wake. There was really little recognition of the fuzz lords out there in the trendy press, who still stuck to their few regulation bands for reference points, Sabbath, Blue Cheer, etc, not really admitting to liking Nebula, Monster Magnet and Fu Manchu unless pressed.

So over to Washington DC, headquarters of intelligent punk music from the 1980s, and so often the wellspring of brilliance in American rock music generally. Joe Lally of DC legends Fugazi has a label called Tolotta, and he somewhat incongruously releases a record of smoky, urgent stoner rock with a whiny, heady vocal reminiscent of a less cocksure, more sleep-deprived Perry Farrell, from a local band called Dead Meadow. The opening song, Sleepy Silver Door, lays down the gauntlet, beginning with a defiant guitar, meandering through a lovely simple descending riff like an electrified broken cello, before the band kicks in, and instantly feels like a new, yet very old, way to do things. Indian Bones continues along the pummel-the-one-note route which felt so good in the opening song. You start to realise that this band is playing this way simply because…it sounds great!

The other important thing about this band, who helped popularise the new backwards-gazing rock movement that has seen bands from Danava to Ghost triumph, is that it’s firmly anti-metal, there’s not a hint of testosterone here- it sounds fairly light even compared to Spirit Caravan or other mellow groovers of that ilk. Yet in its lack of having to prove its giant metaphorical schlong with colossal guitars, it achieves a new confidence and purpose. The same restraint-as-power can be heard in bands like Danava, Ghost, Blood Ceremony, you name it.

However I don’t need to justify this band’s sound, or trumpet them as some sort of trailblazers of a retro revolution. They simply breathe great ensemble playing, and a sort of effortless, natural heaviness that can leave you feeling pretty mashed if you’ve ever had the pleasure to watch them live (don’t miss them when they tour the UK in September). Aural dope might be a big cliché, but they certainly deliver a similar effect to a good hit; not always that easy to come by in my experience (ie without some sort of neurosis following in due course!). The album doesn’t really do the neurosis after-effects, more just winds its way through various hues of a comfortable template, not maybe as relentlessly as say OM, but certainly with dogged purpose, a dedication to jamming the hell out of these songs, but with deceptive economy.

The overall feel is Jimi Hendrix meets Black Sabbath, but there’s a beautiful simplicity to the way Dead Meadow realise their songs, that seems to move them away from any accusations of self-consciousness (see the song Lady), and also a calm, less desperate-to-impress attitude, than say QOTSA (see Beyond The Fields We Know). The twists and turns of penultimate tune Rocky Mountain High puts this band up there with magicians like the Grateful Dead, Edgar Winter, the Magic Band – really pulling out the chops.

All in all, this was a brilliant start to what would be an up and down few years, with the amazing Shivering King and Other Stories, followed by the more mellow Feathers. A new album is just about to land, so watch out for yet more dangerously relaxing intoxicants from the boys coming your way soon. Not to be taken while operating heavy machinery.