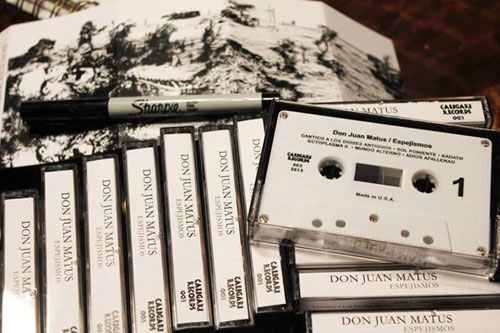 Caligari Records have realised the release of ‘Espejismos’ in a strictly limited run of 100 cassettes and can be purchased now from their webstore HERE and you can also stream the entire release below.

DON JUAN MATUS were formed in Lima, Peru in 2005 and has released three critically acclaimed full-lengths, the first one released in vinyl through Nasoni Records and the last two through Clostridium Records from Germany. The CD version of Mas Alla del Sol Poniente, their third, was released through Golden Procession from Japan. In 2008, DON JUAN MATUS shared a split with German doom band Angel of Damnation and more recently, in 2012, Wardance Records released a split with Oxido.