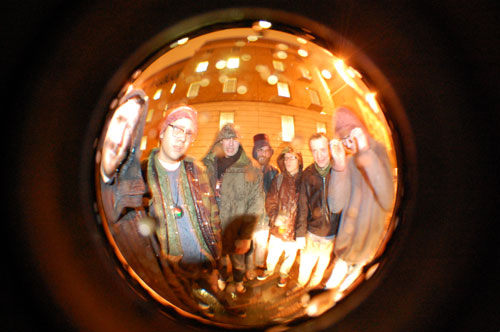 September 6th, 2013 – 10 years to the day since the band’s first gig – HEY COLOSSUS play The Sebright Arms, Bethnal Green, London with Hacker Farm (who are playing the Tusk Festival and also running a mystery tour) + Helm (his new tune, Silencer, is streaming via Pitchfork, out soon on Pan). 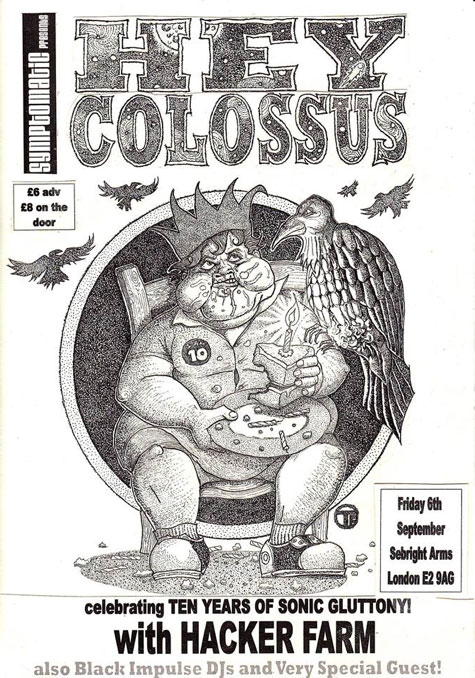 There will be a New T-Shirt available on the night ‘EST2003’, designed by TF, he who came up with the Cuckoo sleeve.

Also, the band will have its second cassette release. S.O.U.L, (the label who released the first Trencher album, Presumed Dead) has been revived to release a compilation of tunes from the band’s first 10 years, entitled: ‘Dedicated to Uri Klangers, 2003-2013’.

New music has been recorded by Westminster Brown at Dropout Studio for a split 12″ on Learning Curve Records which will see the light of day in October 2013.

Finally, advance tickets for the anniversary gig can be purchased HERE.

BLACKWITCH PUDDING Premiere Covered In Pudding Vol. 1 In Full Via The Obelisk