The idea of the acoustic/folk side gig is hardly a new one to the extent that if you don’t have at least one album of introspective Americana under your belt, can you even call yourself a songwriter? For Pando’s Adam R Bryant, though, his work as Cave Dweller feels like a natural extension of the themes and textures of his work elsewhere.

There’s a similar reverence for the roots and soil of his native Massachusetts, as well as an ability to meticulously craft atmospheres that are as relatable as they are uncomfortable; the difference is that Cave Dweller has a soft beauty to it, making the mark that it leaves on the listener a little more permanent. As a follow-up to 2019s debut Walter Goodman, Invocationsfirst impression is that it is less song-focused yet more structured as a whole. Its predecessor had a handful of standout cuts that wormed their way into the brain with uncanny ease yet here, only Bird Song really attempts a similar feat, even if it does so brilliantly.

Bryant pairs a brisk folk-tinged melody with delicate fingerpicked acoustics, his voice a mournful croon worthy of Nick Cave, before it descends into a rush of distorted tremolo that’s one of the few traces of his work in metal to be found here. Instead of delivering a collection of individual songs and sentiments, these eight songs play out more as an extended meditation on the soul, the psyche and what lies within each of our hearts.

At its most effective, you get efforts like The Lightkeeper, an extended spoken word piece backed by an eerie ambience. Bryant’s voice is ideally suited for these compositions, the low and steady tone of a natural storyteller, and as he narrates of ‘thunder like the sound of cracking bones’, his visions are brought to vivid life. There’s a dry wit at work here, lines like ‘Zeus might have been intrigued; Hera, not so much’ coming with a wry grin built into their words. An extended industrial ambient collapse, the sound of steel stretching to breaking point and of buildings long past the point of collapse, breaks his narrative yet the contrast between the two plays into much of why Invocations works.

In all honesty, it’s hard to put a finger on why this record works as well as it does. Maybe it’s the fact that it makes no attempt to be a ‘genre’ record and as such never falls into the traps and clichés of any one style. Instead, the emphasis is on tone and atmosphere, on words and the power they carry, and on crafting an immersive work that is so detailed, it spills over with life at every turn. Bryant has breathed soul into every crackle, sample and note and as a result there’s a real power that runs through Invocations veins. A cryptic, mysterious and strikingly vivid album, you really owe it a listen – it deserves at least that much. 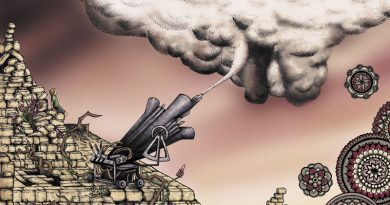 Review: Sergeant Thunderhoof / Tony Reed ‘Beyond The Pale: Volume One’ 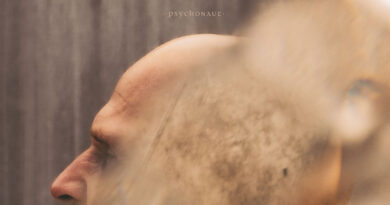