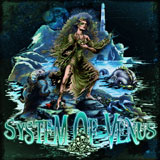 My general litmus test for new music is a C&C Red Alert 2 skirmish. Bay of Pigs map, 5 brutal enemies, and me clicking away frantically (Apocalypse tanks for defense because they’re so well rounded, tough and can attack air units, with a V3 rocket and Apocalypse attack force, for those interested). The quality of an album is generally determined by how much I pause the game because for good or bad, the music has caught my attention – a particularly massive riff, or on the negative side maybe some really terrible lyrics, a really bad bit of guitar work, etc.

The scene, then, is me playing Red Alert 2 with System Of Venus playing fairly loud through an admittedly rather average iPod dock. Without really thinking about it, I had completed the skirmish, started another one, then got bored and went to make dinner… completely forgetting System of Venus was playing throughout – the album was halfway through a second run. For me this is basically a damning seal of mediocrity and I’d be happy to leave the review right there, but some people are going to want a bit more evidence, so let’s delve into the spectacularly forgettable bit of averageness that is System Of Venus‘ Self Titled.

Essentially the whole album is competent, but never in any way remarkable, with the final piece de resistance being some remarkably half-assed vocals. It’s groovy stoner stuff that’s somewhere between metal and rock – a sound that’s been done about eight hundred times, often by better bands. There’s a decent helping of pentatonic groove, some “big” “moments” where everything slams down on a few choice accents, and a bit of alt rock here and there (the Shihad influence is certainly there), and a bit of fuzziness. Not the most inspiring sort of sound, then, and System Of Venus are not the most inspired sort of band.

Forgettable – that’s the word I keep on coming back to here. I blame the vocals, I think; the drums are good, the guitars rather boring but perhaps scraping through for a pass mark…it’s the vocals. The singer never sounds like she’s really trying, never sounds like she’s singing her box off. Frankly, she sounds rather nervous, and never really projects that much – this would be forgivable if this album was full of long ass songs with minimal vocals, but for a vocal driven record such as this, a charismatic vocalist is a must. A must! Potentially powerful moments – Beast‘s system-of-a-down-but-much-fuzzier bombast a good enough example – are stripped of catharsis with the half arsed vocals.

Going back to the full band, you could say this is a general problem – shit just never really sounds like it means it. Never quite gets as heavy and groovy as it aims to be, never rocks out as hard as it wants to, never really gets the atmosphere it’s going for. System Of Venus aren’t a terrible band but they have a lot to improve on before they’re really going to take off. All in all I would say meh! It’s not awful but no one really needs to hear this. 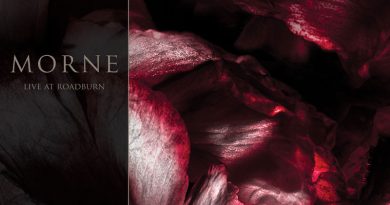 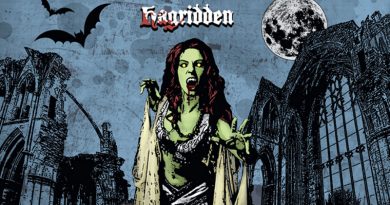