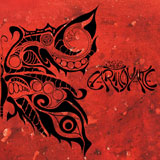 I’m going to get the negative out of the way straight away with this one (there is only one I’ve found, and as a mostly positive reviewer, I feel the obligation to write something less than positive from time to time), and by no means is it meant to be a judgment of the vocalist’s lyrics, nor his talent. I just wanted to say that I’m not a huge fan of the way in which the vocals were recorded on this self-titled EP by Sophie’s Earthquake. I think they fall a bit flat, for some reason. However, I’m willing to admit that I might be completely insane and am way off on this. I’ll let you all be the judges. Slay me after, if you wish.

Now that we’ve got the terms of my possible execution out of the way, I would like to make it clear that this review is not a negative one. Okay, let’s get this started, shall we?

As I listened, I couldn’t help but hear a melding of sounds, ranging from rock soul to art rock. I heard instances of Tool and also instances of the band Seamless (the band to which Killswitch Engage’s original vocalist defected to), the latter being mostly heard within the vocal department, rather than the body of music. I think the EP’s first track entitled ‘Pressure Soul’ would pair nicely with some Tool video or another; if I knew how to edit videos like the people on YouTube, I would do this myself just to see how it would turn out. Although, I guess I could just head over to that site and mute the video and play a track off Sophie’s Earthquake over the top of one—it’d be far less work that way.

I have to admit that, more often than not, when I read that a band has been lumped into the ‘psyche-rock’ genre, I get my nerves ready for utter annoyance. Because, most of the time, bands who claim to be of this genre are pretentious and horrendous; no-talent musicians, whose music is like eating rotten fruit. Swallowing hard, hoping against the worst, I pressed play….

Thankfully, I can say that the band in question here is not one of said bands. To the contrary, this one spews creativity from one moment to the next, like true seasoned masters.

What might be giving me the Tool vibes is the mystical sound that surrounds this EP. I think what it is that Sophie’s Earthquake conjures is something familiar, but never really duplicating another band’s sound. Or maybe it’s just the warbling effects fused onto the guitar’s distortion, or the seemingly constant soloing, that is creating this imagined haze of incense around my computer keys as I type these words for you now.

Alright, the previous paragraph is a messy one (I think) and I want to clarify: by no means is Sophie’s Earthquake a twin of Tool. It’s not even a relative. These words were just my clumsy attempts at giving a compliment. If I believe a band is good, and can be compared in any way to Tool, it should only be received as flattery. Thumbs up, to this one. Go get it.