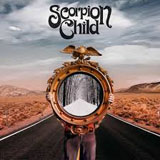 It always seems strange when Nuclear Blast release a rock record. Their cause-and-effect relationship with the likes of In Flames and Nightwish seemingly tagged them as a Eurometal label yet here we are. Scorpion Child join like-minded cats Blues Pills and Orchid in bringing the blues back to the label but their debut album owes just as much to NWOBHM, hair metal and 90s stoner rock as Zeppelin and Sabbath. They’re a strange cross-section of every stadium rock band in the history of stadium rock, giving them a pretty monumental sound that could conceivably appeal to everyone. On the surface, this is a pretty savvy move on their part but given how well it’s handled, it doesn’t seem like a cunning ploy. Rather, it just seems that they have that love of big hooks and bigger stage presence that has somehow prevailed through the ages.

That being said, it’s the 70s influences that hit you first and foremost. Aryn Black’s vocals are the most prominent artifact, his shrilly dramatic voice not wholly dissimilar to the histrionic tones of Zep’s Robert Plant, but there’re plenty of other touchstones dotted around their vast desert of heaviness. They’ve got the guttural guitars of Deep Purple at their heaviest, the genre cross-pollination of Rainbow and anyone who can’t detect the presence of AC/DC in ‘Paradigm’ really needs to visit an Otologist. What keeps these influences from becoming stagnant is the stealth with which they are broken, spliced and mutated at every junction. ‘The Secret Spot’ might have a huge chorus, the hook driven forth with the bad-ass power of a fine-tuned Harley, but that weighty, bass-centric verse could only have come from a band who acknowledge the low-end force of 90’s heavyweights like Orange Goblin. The unabashedly anthemic ‘Liquor,’ contrastingly, is pure 80s, the clap-a-long charm and silky vocal turns not unlike a Motley Crüe that you wouldn’t be ashamed to listen to.

It’s a weird pick’n’ mix of metal but thankfully there’s a lack of liquorice torpedoes (oh God, I can almost taste them just writing it) in this collection. Lead single ‘Polygon Of Eyes’ is a reinforced steam-train of a song, the needling guitar work of Christopher Cowart is a tense counterpoint to Tom Frank’s galloping style, while ‘Antioch’ dials it all the way back, reviving the lost art of the power ballad with toe-tapping picked melodies and a bombastic chorus, Black kicking the drama up to soap-opera levels with the flair of someone who knows his Whitesnake all too well. There’s an overwhelming sense of positivity running through their lyrics that might not seem too fashionable but only adds to their obvious charms.

The result of all this is that Scorpion Child sound like a band who aren’t willing to make concessions, nor to strive for some niche appeal. They want the heaviness, the fire and the speed but they aren’t willing to sacrifice a good hook for it, and nor should they. Already, they are showing that they are more than adept at handling this fine balance while delivering the goods, and perhaps this is the most 70s thing about them. It was a time when even major rock bands played with prog, psychedelia, funk and blues, something lost when the 80s and hair metal came around, and this Texan quintet carry this torch proudly. As long as they, and others cut from the same cloth, keep it up, the future is looking good for classic rock. 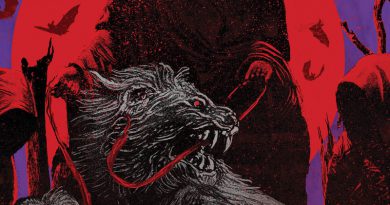