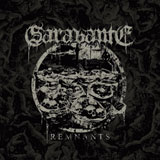 Greece hasn’t exactly been a hot bed for metal bands. In recent years they are probably noted for having produced Firewind and the Osbourne pleasing Gus G. Sarabante are hoping to change this imbalance with their first full length Southern Lord release Remnants.

Attacking your senses from a Crust/Hardcore perspective, this Athens based band burst out of the blocks with the berserker like howl of Satan, all spit and attitude that recalls the hardcore and punk influences on early Sepultura. This theme continues with the blink-and-you’ll-miss-it blast of ‘Rain Of Shame’.

Just when you think you have got a handle on the way this is going to roll you get ‘Blindfold’ which manages to cram an almost progressive workout into the mix as the pace drops down. This helps to emphasise the visceral attack more and adds another canon to the band’s unpleasant arsenal. Clocking in at two minutes the pace of this passage is still unremittingly relentless but in comparison they managed to convey a sense of frustration that is suffocating before the beautifully ominous guitar intro of ‘Revelation’ gives way to more brain rattling crust.

This band are by no means one trick ponies though as the mid album break of ‘Outro’ manages to create a sombre eye-of-the-storm epic piece that wouldn’t appear out of place on a Death Metal album or even the last Lamb Of God release. This is a little surprise given the underground pedigree that the band have in their corner as their existence was brought to the attention of Southern Lord by Brad Boatright of From Ashes Rise/Lebanon, who in the end mastered the band’s ‘Remnants’ debut.

The volatile act bears the same burning intensity as the legendary From Ashes Rise and Tragedy, and integrates elements of early Neurosis and other more morose and slower-tempo acts. After enduring the eleven tracks in less than thirty four minutes on the album, it’s clear that one of the primary focal points of Sarabante is their consistent execution of infectious melodies throughout each politically-charged anthem.

It will be interesting to see how well they do with the backing of Southern Lord, a label I would have more readily associated with doom than hardcore, but given a recent rash of releases like Planks, Acephalix, Xibalba, Drainland and Alpinist it would seem that they are also trying not to be painted into a corner.

‘Remnants’ is a solid album; it suffers at times in the distorted fuzz production that seems to me as much a deliberate part of the ‘feel’ album as it is a budgetary necessity because on the slower, more considered passages the instrumentation is much clear and more effective than it is on the mad paced thrash feasts that surround it. I imagine this would be the soundtrack to an extremely painful yet fun night in some sweaty dive of a club and that’s how Sarabante would like it. 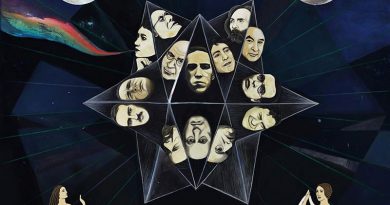