The use of classical instrumentation within metal is no longer what it used to be. Once, it was either the reserve of symphonic types with too much Tolkien and Andrew Lloyd Webber in their diet for anyone to stomach or else a go-to for overblown superstars trying to claw some high-society kudos and corresponding record sales. Genres have diluted now to the extent that there is nothing new under the sun and artists like Helen Money have been able to forge lengthy, staggeringly inventive careers making massive slabs of noise without a guitar in sight.

Alison Chesley’s fifth full-length doesn’t reinvent what she has done before but to an extent it does subvert it, channelling the same impermeable darkness but using a lighter touch. The compositions on Atomic contain some of her sparsest work, most notably Chesley’s first attempt at composing for harp on the gossamer Coppe, a spry yet haunting piece that juxtaposes a natural brightness with deep, sonorous cello to chilling effect. It’s perhaps the closest that she’s come to creating chamber music and all the gothic darkness that comes along with it.

Likewise, Something Holy is so minimalist that it borders on musique concrète, while album closers Redshift and Many Arms pare back the layers to reveal something raw and uncompromisingly beautiful, Chesley’s playing unembellished and sounding all the more powerful for it.

On the other hand, one of Helen Money’s strengths has always been the ability to fortress the sound, building concentrically from a musical core and gradually sending it towering into the stratosphere, and thankfully some of this has remained at play. Nemesis is colossal, a swirl of sputtering electronics, drum machines and piano wrapping around stirring strings and then building speed and power, climaxing in an avalanche of sludge worthy of many a five-piece.

These songs are haunting, violent, joyous and filled with deep sorrow…

Coil is ambitious and unapologetically dramatic, combining strong vibrato with fluid percussion and massive bloody riffs to pull the listener into its violent, swaying rhythm and Brave One is a galloping fusion of spaghetti western chic and post-punk gloom.

Calling any record like this ambitious seems reductive – by its nature, it has to be and after what Helen Money has already put out over the years, there was never any option of resting on laurels, but this still feels like a major evolution. A stronger use of electronics and collaboration has altered the base of Chesley’s music to great effect, not only allowing her room to expand her cello-as-guitar repertoire but also giving her the freedom to rein it in without sacrificing the power or emotional impact of the music.

These songs are haunting, violent, joyous and filled with deep sorrow; each one confronts those emotions head-on, expresses them in its own unique language, and in bringing it all together, Alison has produced a truly extraordinary record. 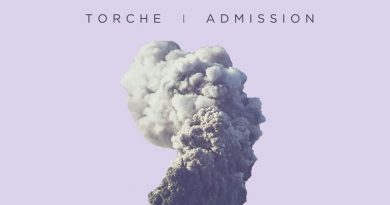 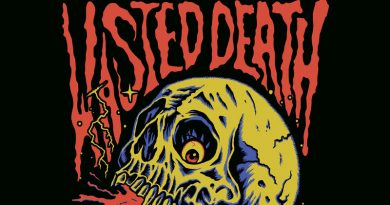