Cellist and composer Raphael Weinroth-Browne seems to be a busy man right now what with an impending new album from himself and his collaborators in Musk Ox also about to drop. Having been unable to tour his Within Worlds album in 2020 over the course of the plague year, he took to the virtual airwaves to perform a number of streaming sets, which in turn inspired this live recording of that album – not a complete re-interpretation as much as a counterpart to the source material.

Along with the likes of Jo Quail and Helen Money, Weinroth-Browne‘s compositions for the instrument evoke the pathos and drama of the best metal, and while you’d be hard pressed to describe this music using the ‘M’ word per se, you can certainly appreciate the sensibilities at work. Here both the player and the instrument’s versatility are explored as Weinroth-Browne uses looping and layering to build worlds of sound in real time. While creating music like this in a studio allows a wealth of technical assistance, a one-man live performance is a challenge for such complex music and Weinroth-Browne rises to conquer. When I say there’s not a huge amount of variation on these versions from their studio counterparts you can take that as a gauge of the skill involved.

There’s a constant sense of movement throughout the music Raphael Weinroth-Browne has created on the album; From Within (condensed slightly from two parts on the original album to one piece here) emerges from the initial mournfulness of the preceding Unending I into a dramatic stride, settling on an insistent melody line at one point and building a world around it. The lows and highs swirl around to create atmosphere, you can almost feel the lower notes resonating in your chest at the right volume.

It sets up nicely for the percussive From Above which starts with a riff that feels like if played on guitar could, it easily fit in nicely with the modern day prog or math rock bands. A stomping beat (created by tapping the bridge of the cello) is introduced to help things flow along as RWB develops the piece, ringing different timbres and tones out of the instrument and further compounding what he can do with it. There’s a scratchy moment towards the end where a rhythmic phrase is delivered raggedly in a way that makes you think Frederik Thorndahl might have just popped in. You can see why metal fans can get into this album.

There really are worlds within the four strings at play, and Weinroth-Browne is fearless in exploring them…

The Unending pieces which bookmark the album are calmer but the real heart of the work is the Tumult section. Again, building around a proggy rhythm it’s where everything comes together, you’re struck here by how cinematic RWB‘s music is, the sense of drama at work. There’s a melancholy air to everything here, but in Tumult it’s combined with a sense of urgency. The percussive sounds are like the ticking of a timebomb as the cello layers build and recede – around the six minute mark we’re again hit with what might as well be a guitar riff as Weinroth-Browne bears down to build the basis for what sounds like a whole string quartet to come in and raise the tension.

You have to think how this music would sound on any other instrumentation. There are elements you could imagine a full band adapting into vaguely djent territory, and it’s intriguing to think how adapting parts of something like Tumult to electronic instruments could result in the kind of soundtrack score madness that hordes of keyboard wielding John Carpenter imitators would kill for.

But why would you do that? The hallmark of RWB‘s compositions is that while the melodies are universal, the voice they’re delivered in seems absolutely integral to the music – the cello has such an emotive aspect to it that even when he’s bludgeoning out a riff (and make no mistake, the ‘riff’ is not just the property of guitarists) the higher register counterpart swoops in like a ghost and lifts the primal into the ethereal. Worlds Within Live is simultaneously challenging but remarkably easy on the ear. There really are worlds within the four strings at play, and Weinroth-Browne is fearless in exploring them. 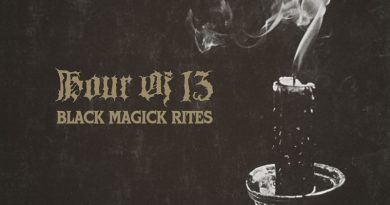