Certainly, a sonic force to behold kicking off with Back From The Dead which is a powerful introduction to this record and one which will instantly pick you up, kick you around the room, instil abandonment and an uncontrollable need to dance your socks off. Wallow takes us into a fearsome territory of Sonic Youth meets Melvins with its infectious wall of noise. One In The Eye is an invigorating pulsing and pulverising track which deserves to be cranked up really high and celebrated also.

Clever takes us more into grunge territory with its strutting verses and simple ingredients that make for an in-your-face aural experience. Main man Tim Cedar explains ‘the stupid amounts of fun you can have with very loud amps, stupid tunings, weird pedals and weird people. That inspires us.’ This record is testimony to that statement. It screams at you on every track. Part Chimp love what they do and want you to love it to. However, they walk their own walk, that is obvious to hear and have very much created their own thing and deserve your attention.

London, New York and Somerset are the various locations this album was recorded and the emphasis on capturing their raw energy I feel has been accomplished admirably. Tim adds ‘This is honest music, it’s true to us and what comes out is totally us’ and you can’t argue with that because the speakers don’t lie and neither does my well-tuned bullshit detector. Lyrics are Tim’s input of ‘dystopian fantasy dreams with some invertebrates thrown in’ on the majority of these songs, however Henry Blacker/Hey Colossus was on hand to contribute to It’s True Man.

An album that has integrity, no bullshit and displays an ability to create music that can move you and grabs your attention from the off…

There is a wonderful texture and brute force to this whole record which jumps out of the speakers and personally is right up my street. Tim adds that ‘We have always been on the verge of a sonic calamity mostly due to my decrepit equipment, never writing set lists, drunkenness and under-rehearsing. We have always represented the shambolic element of performance’.

I believe him, especially in the rehearsal room when creating, there must be a tendency not to reign in or control new material because it seems like initially it must have a life of its own; wild, feral and untamed. Somehow the arrangements are put in their place and followed, adding to the band dynamics and songs, so there is some discipline it seems to their methods.

Dirty Bird is a standout track and different beast to the other songs on Drool, taking it down with almost a slow psychedelic, trippy vibe. Part Chimp are no one trick pony by any means, and this is proven time and again right here. It’s True Man is a killer track a real, vicious, angry and intimidating toe tapper worthy of many repeat listens. As mentioned earlier, this track features Tim Farthing, Henry Blacker/Hey Colossus man and first guest appearance on a Part Chimp song. USisA and Worms are great too that close the album.

Commercially there are however only a few people out there who relate to honest or real music and I consider myself one, so this isn’t going to sell buckets but it deserves to. An album that has integrity, no bullshit and displays an ability to create music that can move you and grabs your attention from the off. 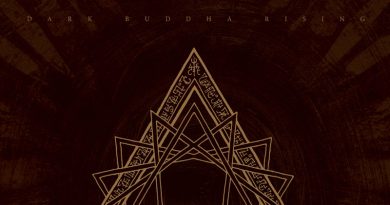