After once again moving all my pedals on my pedalboard and changing every setting, I stumbled upon a pretty cool post-rock type tone. Clean with endless reverb and delays that are probably still echoing at home. Then click on over to a fairly powerful fuzz setting, I immediately started to emerge myself in all things post-rock and loving just about all I hear!

Five songs and forty-one minutes long, Fere released their sophomore instrumental album Visceral on 15th November, I was late to the party with this one, passing it up because my musical taste was slightly different not too long ago. But after my recent post-rock epiphany, I searched back on available promos and was happy to find this diamond in the rough.

I say it’s five songs because it’s broken up that way but it plays as one forty-one minute masterpiece. Atlas starts things off slow with reverb-drenched overdriven guitar. Yes, I could listen to that all day, but as the chord rings out to silence the rest of the band kicks in and introduces a fantastic melody. The song takes some nice twists and turns, my favorite being the tremolo style picking (I assume) with long reverb tails that are accompanied by thunderous drums around the five-minute mark.

Atlas fades out with droning noise that leads into Rerum. The psychedelic opening with reverse delays and droning noise slowly build with the addition of a smooth bass line. The pounding tom drums are added in with a nice guitar lead with just enough overdrive. The energy builds throughout until the last thirty seconds when it drops off with a chord ringing out.

The calming bass starts with more spacey guitar leads. The calming music is contrasted with the loud thundering drums of earlier but it’s such a pleasant sound. It reminds me of the drumming Nick Mason does for the intro to Time. Instead of building throughout the song however, which you feel is the case, the music suddenly stops around four and a half minutes and takes a wild turn. The style has been pretty similar throughout feeding my post-rock hunger rather nicely.

Reflexo introduces a groovy section that switches up the pace a little, keeping you on your toes. At this point the song continues to build for the heaviest section on the album so far. I’d imagine a few fuzz/distortion pedals were stacked to achieve that level of heavy.

I also love how present the bass is on this album. I’m a guitar player (I feel like I say that a lot, sorry) and gravitate to the sounds the guitars are making, but when I hear an awesome bass line I get excited and the opening of Ossos is by far my favorite bass riff on this album. The rest of the band joins in effortlessly. The build-up and transition into the conclusion remain similar for each section, but it’s not a bad thing as I could listen to this all day.

Every album needs an epic closer and Raiz does just that. Again, nothing really different in this song that the others haven’t done already but don’t fix what’s not broken. It’s also why I feel this is one long song spread over forty-one minutes. The palm muted riffs are perfect towards the end and definitely head bang worthy! Well, the album has concluded so the only logical thing to do now is start it over.

Atlas starts things off slow with reverb-drenched overdriven guitar… Haha, just kidding (well I really did restart the album as I wrote this) as Fere have created an album that I needed to hear. It checked off all my post-rock needs and inspired me to adjust my pedalboard to create some new awesome sounds. I enjoyed the album from start to finish and I hope you will too. 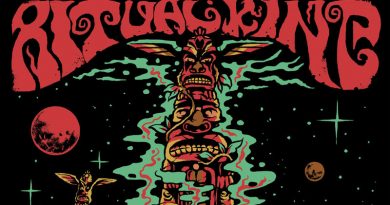 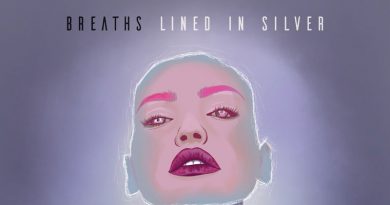