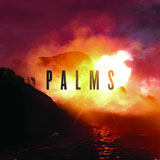 Isis and Deftones have both had an influence of modern rock music in their own ways and to differing degrees. For his part as frontman of Deftones, Chino Moreno was a genuine breath of fresh air during the mid to late 1990s when the band would often get lumped in with the nu-metal acts that they eventually came to transcend. Offering both an ear shattering scream and, more vitally, a smooth, melodic croon that belied the influence of 80s new wave acts like the Cure and Depeche Mode, Moreno has long been one of the more intriguing and daring frontmen in the masculine world of metal. His voice was always pretty core to the Deftones’ scream-core mass appeal – commercially viable enough to grant them chart success and expressive enough to gain them the respect of their musical peers and musos the world over.

Perhaps this, along with Moreno’s admiration for Isis, is the link that unites Moreno with three of the original four members of the post-metal innovators, whose own influence on metal, particularly in the underground scene, is also significant. Their partnership may initially come as a bit of a left-field surprise, but it also quickly makes perfect sense, to the point that I could already imagine what Palms would sound like before hearing them based on the proposition alone. In a recent interview with Decibel magazine, bassist Jeff Caxide noted that the material on Palms’ debut album is comprised of the kind of stuff “that I would never have presented to Isis. I don’t want to call this ‘pop music,’ but it’s more in that vein than anything I’ve ever done.” Cue the melodic vocal stylings of Moreno whose work with Deftones and Team Sleep has always put as much emphasis on melody as anything else.

Like Baroness’ recent left-turn towards a lighter touch on their polarising double-album Yellow & Green, it’s possible that Palms could divide opinion among fans of Deftones’ and Isis’ heavier work, but this collaboration brings together some of each bands’ finest attributes. “Patagonia” and “Shortwave Radio” are what I imagined and hoped the band would sound like – Isis-like waves of shimmering, chiming guitars paired with Moreno’s damaged, nostalgic voice. Caxide’s bass playing is a particular strength throughout, often drenching his bass parts with delay and reverb that marry with Bryant Clifford’s equally melodic guitar parts to hypnotic effect. Indeed, the extended outro on “Shortwave Radio” is an album highlight, particularly with Moreno’s increasingly desperate cries of “Ascending into heaven/ While staring into Hell/ You’re staring into heaven/ descending into Hell.” It’s one of the album’s heaviest moments, aurally and emotionally.

A criticism that could get lumped at the album could be also considered one of its strengths – some may consider the album wishy-washy or samey. It’s true that some of the songs tend to flash over you on the first few listens, and on a six track album that’s worrying. But repeated listens reveal layers of melody and rhythm that slowly creep in to your consciousness. Closing couplet “Tropics” and “Antarctic Handshake” are both perfect examples of this phenomenon; initially they seem to meld into one another and pass over you without event, but they contain some of the densest layers of sound and melody on the entire record and finish it off in suitably dream-like fashion.

This is an album that plays like a waking dream – on the one hand it feels restless and trapped in a perpetual cycle of longing and nostalgia, but there’s also a strong sense of serenity and resignation. For fans of Deftones and/or Isis, give Palms a chance and you’ll be in their grip. 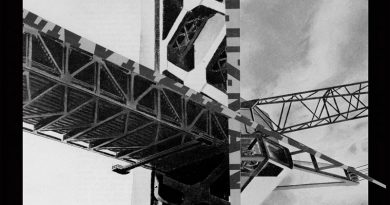 All Pigs Must Die ‘Nothing Violates This Nature’ CD/LP 2013