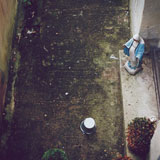 AH the NINETEEN-NINETIES. Not only the last decade to have a proper name, arguably the last decade when rock music made significant strides forward (or backward, in a good way). From Kyuss stretching out smoking time in the early part of the decade to the Dillinger Escape Plan bringing it to a cataclysmic finale with Calculating Infinity, I think this decade (and not just because I was fully functioning for most of it) will come to be remembered as a Golden Age of rock.

Palehorse are a beautiful distillation of what happened in those 10 years, tracing their lineage back to kids screaming from the UK’s suburbs, forming such forgotten hardcore stalwarts as Kneejerk, Abjure and Sunstarvedday, and playing to upwards of 10 people across the country. People from these bands became Palehorse and proceeded to put out a couple of fairly low-key but great releases.

In years to come Kneejerk may come to more prominence as being future Prime Minister Frank Turner’s first band, but it’s not really their fault if this happens. They were famous for crying a lot on stage, however it sounds as though Palehorse might have got the bedwetting out of their systems a long time ago, and seem to have a pretty dry take on things generally, as no doubt cynical and embittered old men. The pics accompanying this release suggest a dangerous amount of humour might be present too.

Wielding two bass guitars, they fashion slowly erupting epics on this album, from the opener ‘What Is Wrong With You People?’ onwards, which has an absolutely great build up, like Slint on steroids, before settling into a haunting, relaxed strut. The vocals begin in similarly Slintish fashion, muttering away but in a noticeably sardonic tone, like Joeyfat on some sort of downers (if that means nothing to you, they were/are another great British ‘post-hardcore’ band, or whatever).

But soon, heralded by some lovely psychedelic phasing fuzz, the vocals erupt into pissed off screams, I guess inevitably, but no less impressive for being something you might expect. The track twists and turns towards a brilliantly Harvey Milk-meets Hawkwind comedown. It’s a real peach.

However things keep up the standard from then on, with ‘Don’t Bitch My Shit’ doing some prog-Iron Monkey isms, the bassmen really giving it some fretboard fun, and the song approaching near-dancehall action. ‘Five Grown Men (Holding Hands)’ almost redefines bass-driven hardcore, taking Nomeansno-style grumble into a more bleak, disaffected bit of town, and making you wonder why more bands don’t just play on the biggest fucking strings they can buy. Track four, ‘Full Power Anglo-Gambian Rinseout’ has a bit of classic London found sound, built around a ranting street preacher, apparently heralding the coming apocalypse (why are these people always so desperate to convert everyone, why don’t they just be happy in their discovery of the Lord?). Anyway, exploding into an organ-underpinned shouter, it’s another chamber of horrors on this wonderfully dark and unpleasant record, which is one of the finest things I’ve heard for a long time.

‘Charnel No 5’ also breaks new ground, like the missing link between Khanate and Converge – this might be what the world of hardcore needs, you never know chaps! And finally, ‘Skin Flick’ is just wonderful, slow-building melodically and desolately over the sound of a projector, finally becoming a very affecting, soulful closer to the album, with the whole band pouring their hearts out. This is the sound of people just laying themselves bare, with little consideration for how things might fit, whatever scene they might be in (despite all of my attempts to offer comparisons, just to bring in as many people as possible to this great band!). So all in all, yes I recommend this, utterly. 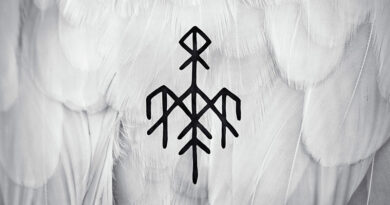