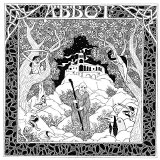 Apart from having to retain celibacy for the duration of your life, being an abbot in the medieval centuries must have been pretty badass. Controlling an entire abbey of noble worshippers of God, getting the finest food and best silk clothing passed your way plus a healthy dose of regular hare-hunting trips kept these esteemed members of the Church from getting bored stiff in their role of mastering the monks. Pori, Finland-based band Abbot have chosen to pay their respects to said badaassery by becoming heavily moustachioed, plugging into some vintage ‘70s valve amps and staking their claim as pioneers of the NWOFHM (New Wave of Finnish Heavy Metal). Releasing this, their second mini bite of crunching Gibson guitars and treacle-thick drawling vox, the foursome keep it short, sweet and oh so very retro on this two-tracker vinyl and tape out on their own Red Sky imprint.

Seemingly rooted so far in the past that they were probably playing the same bars that Black Sabbath got all their pre-teen drinking done in (yeah, that’s right, Geezer Butler started drinking, aged 12… in Finland), this is an exercise in classic, broody old school heavy rock n’ roll. ‘Into the Light’ is the first to snake its way out of the grass with a coiled serpent of a riff, some lingering cymbal fellatio and JP Jakonen’s haunted-house-y echo being forced through every vocal manipulation technique out there. It’s a tad too slow of a chug for me as the song plods along lethargically. So slow is the pace in fact that I wonder at one point as to whether Antti Kuusinen is so badly tripped out on acid behind his kit that he is too afraid to stop playing in case a giant Venus fly-trap explodes out of his snare and eats him alive. Still, there are some groovy harmonica interludes between JP’s honey-dripping croon and the guitars are solid and tight if not overly punchy.

Speaking of punchy, song number two ‘Beyond the High Rise’ is punchier than Judy’s traditional puppet show partner. Kicking off with JP’s backstreet harmonica doodlings and Jussi Jokinen’s catchy, rambling guitar twangs, the track feels equally ridged and loose all at once; slaloming between ‘60s occult rock magic and mythical boogie folk charm at its best. The rhythm section is more solid on this second track with Kuusinen and bassist/fuzz-bassist Tapio Lepistö (this release should command more bands to respect the differentiation between fuzz-bass and, well, regular bass!!) powering through a commanding five minutes beneath an aura of cosmic distortion.

Much like their hometown brothers-in-vinyl groove Pharaoh Overlörd and Circle practise, this is a denim n’ leather rockers soundtrack to a psychedelic underground mushroom feast. There’s an element of ghostly doom happening in this particular abbey, but the Abbot is content to see out his tenure in just plain weird-beard rock surroundings. If you like Kadavar, Horizont, Uncle Acid, Witchcraft or riffy music that’s actually from the olden days, why not add Abbot to your Spotify playlist entitled ‘Music that sounds like Billy Gibbons jamming with Satan’ today. 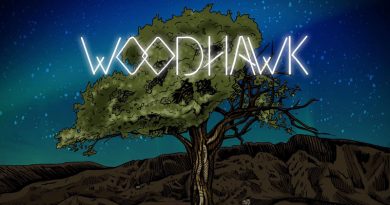