The latest release from one of the hardest working labels around, Salford’s APF Records, sees them curate a collision of avant-garde extreme noise artists. Combining the talents of two renowned sonic terrorists, the ferocious snarl of Birmingham’s Opium Lord and Stockport’s self-styled kings of uneasy listening Under, this short savage showcase is a reminder not all that glitters is not gold and something is definitely rotten in the state of Denmark.

Jokingly opining on the genesis of the split, Matt Franklin from Under simply commented ‘Opium Lord got in touch challenging us to a game of five a side. There being only three of us, we suggested a split instead’. The resulting two track EP may be thin on run time but contains more musical twists and turns than Chubby Checker loaded up on Adderall, shooting 8 balls with The Beatles.

First up are Opium Lord, last seen dropping their dark doomgaze flavoured, reverb drenched, down tuned filth on the public in the form of 2019s Vore. Having cut up the miles sharing stages with the likes of Will Haven and Weedeater, the Midlands crew are no strangers to creating the musical equivalent of a mortar attack. Channelling brutal sludge, Sherpa takes just under six minutes to leave you feeling like you’ve been put through a mangler.

Starting slow and stripped down, the feral barking vocals of Nathan Coyle gives way to the unsettling dark grooves; grimy, grinding industrial rhythms collide with tumbling drum patterns and atonal riffing from the three guitarists creating a nightmare atmosphere of blackened despair, comparable to the work created by Ba’al on their last album Ellipsism.

Varying between twisted melodies and relentless crushing walls of distortion, the band create an ugly harsh sound that never quite lets you settle. Opium Lord give you enough of a hook to pull you in before they switch direction and drag you down.

Similarly, the Stockport trio don’t give you a moment to settle either. Opening with a jarring, jagged hardcore riff that recalls the punk belligerence of Jesus Lizard and crashes it into the motion sickness vertigo of Dillinger Escape Plan, Under look to dazzle and disorientate you in equal measure.

Telling a tongue-in-cheek tale of football in the same inimitable style with which they covered topics on their Training Resource #5 EP and Stop Being Naive album, they deliver a masterclass in discordant, unsettling noise-rock. Teetering on the brink of madness with schizophrenic vocal shifts that share common ground with fellow APF label mates Utopia, whose 2021 album Stalker was something that had to be experienced to be believed.

Somewhere in an online wiki under the phrase ‘off kilter’ is a link to this song; from the pounding drums and multiple personality jumps that manifest and reoccur in unsettling patterns as the tale unfolds. The Ref gives a studs up, two footed tackle to any concept of the rules.

The understatedly titled ‘Split‘ is a teaser in the truest sense of the word. Both bands are due new material and the soupçon of musical aperitif delivered here will do little to whet the appetite as there are so many ideas in less than twelve minutes, it makes an album like Hybrid Theory seem positively one note.

New fans will hopefully think ‘What the actual fuck!?’ and go and check out their previous work, any existing fans will be well and truly gagging for more. APF Records aren’t just giving us Iron Pyrites at this point, they’re giving us the real thing. Or crack. This split is very much just the free sample to hook you in. 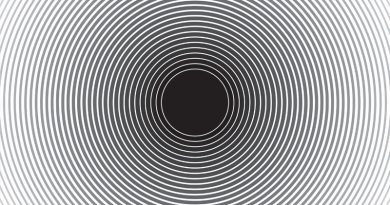 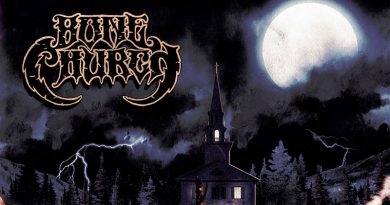