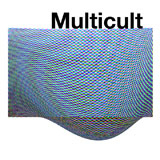 I wanted to do a review for We Insist’s 2009 release, but Multicult served as a fine replacement.

Isn’t it strange when you are thinking about one thing, only to have another come along to give you déjà vu? I like that feeling, especially with music, because if it’s something reminiscent of a band that I love, it opens a whole other library of goodies for me to explore. Sadly, however, I wasn’t given a library of songs to listen to and review; I was only given Multicult’s two-track EP ‘Jaws’ b/w ‘Luxury‘.

How does one review a band based on two songs, you might ask? Well, I think I can do it in two minutes. Music—more so than any other art form—is easy for me to make decisive judgments, even when given small examples of what a band is all about. I usually know if I’m going to like a band (and yes, all of my reviews are rooted in my opinions, rather than from an outside perspective) within minutes of a single song, and seconds, usually, after a vocalist opens his or her mouth. Singers are usually a make or break sort of deal, for me. If I think the singer is awful, I can’t enjoy the music, even if the musicians themselves are great. Even though I’ve only been given a small taste of what Multicult has to offer, I can already tell you that if they have more music, or are making some, I will be buying them, certainly.

Multicult’s musical style, as I’ve always thought when listening to We Insist, is what it might be like to be found in bed with a drunken, maniacal lover’s embrace: fumbling, frightening, and dangerous. They are just vibes, thankfully, because, if it was me, I probably would be fearing for my life if I was caught in that sort of situation; I’m a very reserved guy, to be honest.

The band in question plays a kind of psycho-jazzy rock music, the kind of band you might see playing live midway through a circus act under neon lighting and strobes. I’m having an anxiety attack just thinking about it. Or maybe that’s just the ice cream boiling in my lactose intolerant belly?

Hmm, anyway, moving on…if you’re into experimental jazz rock, you should give this band a listen. If you get the chance to see them playing their music live—do it! And then you can tell me just how wrong I am about them; they’re probably just normal guys, right? 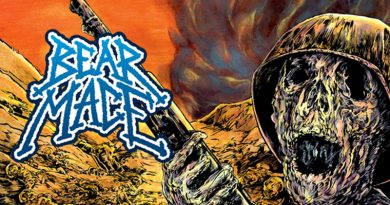