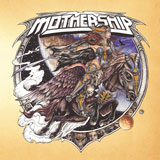 First off, man, I gotta say, I dig this mother, I really really dig this mother mother.  This Mothership II album by Mothership.  This BallsOut-Absolute-StonedOut-Late 60s-70s-Fuzzbox-Psychedelic-Fantasy-Metal.  Not a real genre, yeah, but I was trying to sort of concisely think of things to sum up the music.  It’s good.  It’s real good.  All the young dudes, tune in.  Find the Mothership and tune in.  This shit gives me hope for the future, a hope that lies in this new awakening of the old; the sleeping far out super cosmic giant sleazy space monster.  The townsfolk have been way too wussy for way too long.  We need this.  Read on:

Right off the bat, Mothership layz-it-baaaaack.  Slow and eas’n us into the Mothership, giving us a gaze out on the dock of the sleepy planets and stars, rigging up the backbone that is mean guitars.  I don’t know bout’chu, but I’ve come to the right place.  This is cool.  Purple would’ve been right at ease after dancing “round with Borealis” docking their space truck right here in the Mothership, cuz man “these cats can really…swing”.

After settling in to that coool scene of the instrumental introduction that is Celestial Prophet, a mean guitar begins to chug and grind.  You know and I know this is a metal ship no matter how groovy things may get.  That’s good to know.  Then, for the first time, we hear the vocals of the band here on the second song, Priestess Of The Moon.  They’re at first sleazy, then kind of un-human.  These vox are pretty straight forward, telling the story via your basic verse-chorus chant.  Mothership competently churns out the classic versatile template of metal sludge chunkin’ here with mint representation.  This is alright, don’t wanna scare off the new sheep with some freaky shit before they should be, but after a couple of runs with that formula, the song takes an unexpected left turn, slows down, squeezes out a nice little solo and ends.  I like it.

Shanghai Surprise oddly, gets a little Hanoi Rocks on us (nothing wrong with that, I dig Hanoi Rocks): the whole thing; from the punky, macho, cat-call verses, the song’s narrative in and of itself, to the chant of a chorus, to even the short little punk’t solo a la Andy McCoy.  Holy Massacre at first was driving me nuts cuz the cranking of the engine to get it to turn over sound that begins the song, I knew I had heard something very similar.  After much brain banging, it was revealed.  All of you: go get Hades’ album – DamNation.  Give California Song a listen, compare the two and be blown.  Though not the same by any means, the beginnings of both songs were forged in the same fire, that’s all…listen to them.  Being a fan of Hades, I don’t have a problem with that.

There’s a nice segue offered by the guitar toward the end of Centauromachy before the album blows into Hot Smoke And Heavy Blues.  A song of praise for all things debaucherous.  A screaming solo heralds the song’s main up-tempo, feel-good riff before it starts kicking in and humming along.  Hot Smoke And Heavy Blues is a tribute to the free world’s access to decadence, so there really shouldn’t be any special consideration for cutting loose and feeling good while rocking hard full blast on all cylinders and burning out, leaving dust.  The irony of getting off while degenerating is a figment of the imagination, feeling good is now.  Let’s feel good.  Don’t count the pieces falling away.  The end is signaled by a skerrr-eeeeeming ‘lil guitar tantrum before it slowwwwwwws down and STOPS…..leaving the battered and buttered space traveler in the astral plane of a Planet Caravan-esqe sonicsphere, but something entirely on its own, in its inevitable xenophobic inducing exile.

As Celestial Prophet informed the album’s beginning, Tamu Massif heralds the parting of II’s muse.  Being the album’s other instrumental, Tamu Massif co-functions in a kind of bookend role.  With that as its seemingly fundamental role, there are indications, though, of shooting for something far more ambitious with this one.  In concert with the setting of this sonic mood, I think (some) vocals should have been worked into it.  The music seems to scream for them, really, though relaxing spaced out sounds are always cool.  With no lingual guide, the listener is left to their own devices, after catching their breath for a couple of minutes, during this Tamu Massif.

Breath caught, the geeee-tar cranks and into full support from the band, the song swings.  Space will know this guitar.  In space, no one can hear you scream, unless it’s coming from this guitar.  No question as it floors and soars up and through wormhole after hole before finding another space for quiet inner reflection so as to sl sl slowww down ahh-gain.  The tempo, mood, et al constantly are doing their best to work up into that proverbial sought-out soul spine shattering crescendo, but without any concept in place as to why there is a build up, an emotional build up as music does.  Perhaps Tamu Massif is simply meant to assist in the listener’s heretofore reflections on what Mothership II has shown thus far.  Without its noted placing in the albums sequence, though, it could just be any old random background music for some film, a hippy dentist’s office, or whatever may be happening in your, the protagonist, empirical unmentioned visual space….accentuating everything, echoing nothing, there certainly is some nice guitar-laden trail blazing within, some real nice screaming…way-out wah wah, waahhhh… buzzzz…

FUZZ FUZZZ FUZZZZZ proclaims the intro into Astromancer.  This guy (you?) is a hero, this Astromancer, needs praise; gets praise; this Astromancer is a dude, a spaced dude, the caliber of which Mothership seems to be sending out its solar signals to, summoning and drafting; collecting more Astromancers to its expanding crew.  The song contains more all around swagger here, Mothership style.  This is a recurring talent of theirs; notable by this point in the album and seemingly a specialty they do well and confidently take full advantage of.

Nice crunching and chuggin in the last song of the album (technically the last, though two extra tracks come with the CD; look into it!)…slow, good chuggin; Trouble, Sab, sounds abound.  Piercing the middle the Serpent’s Throne is a nice, clean, slicing solo that contrasts the appealing slow riff on this mother mother; a real good representation of what this band is all about: the competent crunching metal riffs, the cosmic screaming and wah-wah crying guitar, solid behind the beat bass topped off with cyborgy sleazebucket vocals.

First of the bonus tracks is Eye Of The Sphinx, a more than competent rocker, reminiscent of late seventies/early eighties Blue Oyster Cult; see Take Me Away.  The other extra CD track is Good Morning Little School Girl.  You know, THE classic ‘ol blues tune often used as a tool for training newly formed, in utero, haven’t played much together yet- bands.  This classic blues cornerstone of a song has been interpreted over and over, as in the late sixties by the British bands (each adopting for the song, their own unique repackaging) conquering America.  To me, the inclusion of this song simply reveals the type of fuel that Mothership burns to fly, it lets me know that it’s the same fuel as all the classic bands that have influenced them and I love…got the message by just reading the title.  With the inclusion of such a classic blues song, one can be relatively assured that Mothership will carry on in the same tradition of the classics; venturing forth, beyond the last vestiges of their predecessors.  This souped up, nitro-charged, metalized adaptation of Good Morning Little School Girl seems to sum up and display all of the key elements/ingredients (see above) that make Mothership…Mothership;…one of the best new bands with one of the best new albums I’ve heard in a long, long time…SERIOUSLY. 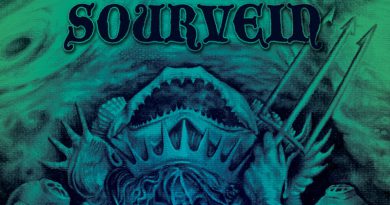 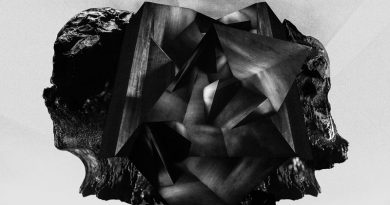