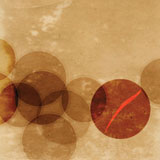 In case you haven’t figured it out Mark D is Mark Deutrom, ex-Melvins bassist and producer and ‘The Value Of Decay’ is his fourth solo release, following on from 2001’s ‘The Silent Treatment’, 2005’s ‘Gate’ and its companion piece from 2006 ‘Iraq’. The latter two releases were in an abstract, musique concrete-influenced form, but ‘The Value Of Decay’ features more guitar-based song material alongside the sound-collage approach, being kinda halfway between ‘The Silent Treatment’ and the more radical ‘Gate’ and ‘Iraq’ in form. As with ‘Gate’, ‘The Value Of Decay’ is being released through Southern Lord, although only digitally. I believe a double vinyl edition is due later this year through Rock Is Hell.

Got all that? Good, then we’re all up to speed.

So, what do we have here? Well, what we have is one hell of an interesting collection of music that flits between artful cut-up-style audio collage, amplifier-melting bluesy drone and ZZ-Top/Melvins-esque gritty rock shuffles with scorching lead breaks. Sure it sounds kinda disparate, in print, but in actuality it all hangs together nicely thanks to Mr D’s impeccable ear. Nuthin’ wrong with being eclectic so long as it all retains your signature, right?

‘From The Deepest Well’ kicks the whole thing off with a harp-like glissando, some dramatic film score music and a sparse, spanish-inflected acoustic guitar, at once serene and ominous – made so by the juxtaposition of plangent, careful guitar and heightened background drama. With no overlap or warning, a whispered voice lets us into ‘Darksider’, a fuzzed-to-the-hilt chiming axe-drone and brief drum solo that fade into a crackly old piece of music with a French feel to it, possibly due to what sounds like an accordion….and we all know what Oscar Wilde said about THOSE, right kids?

‘Au Printemps’ is a murky, distant bass discord that resolves into another crackly old record, this time of a slightly military bent, before ‘Love Story Pt.1’ shatters the olde-timey reverie with a sound more than a little reminiscent of prime Shellac – booming drums, angular, trebly, slippery guitar and a generally sparse vibe to it’s total lack of romance…unless Steve Albini really does it for ya, in which case seek professional help. First song proper, ‘Making A Killing’, rears its ugly head sounding for all the world like an outtake from the Melvins ‘Stag’ album, which is NO bad thing if you ask me. Huge, chewy, slightly phasing guitars, splashy drums and hulking riffs of a bluesily discordant Hendrix hue become distant, subdued vocals and quietly strummed chords before hulking out again for a while, then back to the low-key part once more. The first of many fluid, lyrical, grittily blue guitar leads bursts forth during this track, soaring over the dense menace of the main riff. A brutally telegraphed thudding riff brings the track to an end and ushers in a reprise of ‘Love Story’, ‘Pt.2’, which is built from the same herky-jerky brevity of ‘Pt.1’. In fact, ‘Love Story’ is reprised four times across the whole album, with ‘Pt.1’, ‘Pt.2’ and ‘Pt.4’ being very much cut from the same cloth, and ‘Pt.3’ serving as a bridge between 2 and 4. Four mini-vignettes that add up to a whole song, almost.

Now, for MY money, ‘Buried In The Jewel’ is the definite highpoint of this album. Taking a similar musical approach to Earth but dirtying it up to the nth degree and adding some vocals, it’s a hypno-droner of a track built around a somnambulistic bluesy swamp groove that just DRIPS with audio filth and menace. Some serious fuzz on display here. Vocally, I am heavily reminded of ZZ Top’s Dusty Hill – one of MY personal favourites – roughened up with a slightly distorted radio-mic edge. Again, the icing on THIS tasty cake is a ripping slow-mo solo. I can’t get enough of this one.

The ‘Top-with-added-Melvins-menace’ continues into ‘Victor’s Closet’, which has that ‘Stag’ feel to it again, with the added blues-prog tumbling riffage of the criminally underrated Pearls And Brass to make it extra-hot.

‘Cities Of Gold’ comes in on a storming DOOOOM riff, mutating into some kind of weird-ass hybrid between The Obssessed and The Beatles, owing to its melodic content juxtaposed against its sheer badassery and liquid, mercurial lead. Definite touches of ‘Stag’ are felt in the stop-start riff and humming, vibrating melodics that pass across the main body of the song on several occasions.

‘Blood Fairies’ is a subterranean bass rumble that fair gives me the creeps, ‘Perish The Thought’ is a plodding fuzzy doom riff overlaid with harmonised guitar that leads to a strummed acoustic part and mournful, distant vocals but feels like it should go somewhere else, and ‘Curtains’ has more of that latter-day Earth feel to it, albeit more melodic and with a vocal-line that puts me oddly in mind of a more tuneful J Mascis. A beautiful li’l number and I like it a lot. As I also like closing number ‘Empire Sands’, a tune of a similar bent to ‘Curtains’ but with a languid jazzy swing to it and a wonderful solo that collapses into Sonic Youth-esque geetar skree, resolving into plangent, rippling guitar – somewhat similar in tone to parts of the Melvins ‘Shevil’, from the ‘Stoner Witch’ album – and lone elegiac violin outro.

Beautiful, entrancing stuff on the whole, with Mr D’s solid production chops and surprising guitar fluidity very much to the fore – the man has been hiding his light under a bushel, if you ask me – lovers of Earth’s recent material, the Melvins and ZZ Top will definitely find a great deal here to get their teeth into. Y’know, if they keep this up, Southern Lord are in serious danger of winning me back over again after their recent lackluster outings (Pelican, Boris etc). I’ll tell you what, too, I would most definitely be interested in seeing a Mark D. live performance after hearing this….fingers crossed eh? 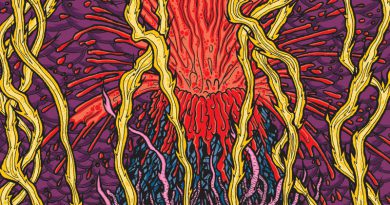 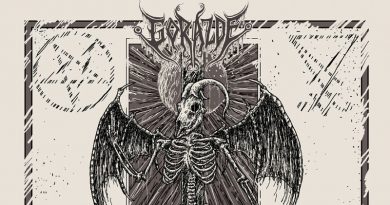 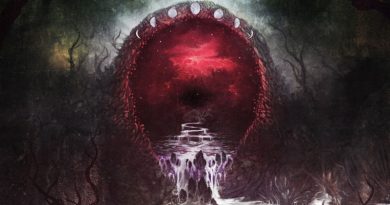