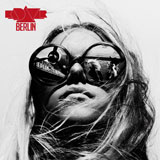 German stoner/prog proto-metallers Kadavar have been running an unofficial campaign for world ‘flower-power’ domination since they arrived on the scene with 2012’s self titled debut; pulling from a kick ass rock n’ roll grab bag with amped up tentacles, they’ve crafted a sound equal parts Zeppelin/Hawkwind/Sabbath – priceless 70s trinkets shamelessly mixed, forged and molded into a psych rock wild card. Indeed, Sweden’s major players are either TKO’d or on the run, leaving Graveyard as the lone Kamchatka (for all you RISK geeks) to defend that region’s title as the mecca of born again rock – “Lupus” Lindeman (vocals/guitars), “Tiger” Bartelt (drums) and new bassist Simon “Dragon” Bouteloup (formerly of The Oath) have sure as fuck rallied and are happy to keep piling it on as Berlin is the third album by the band in just under four years and continues the retro-rock revivalist M.O. in grand style fashion.

If Kadavar can be criticized for anything in the past, it’s polarized output, where on the one hand you get a Doomsday Machine (from 2013’s Abra Kadavar) – not only their most popular song (at least by YouTube standards), but one of their best written with the right balance of hooks, groove and playability – but on the other you get an 8 parts prog/2 parts memorable cut where the riffing treads that dangerous line between complexity and awkwardness. Danava has made a career out of that tightrope and we keep going back for the sheer (cheap) thrill of it, but as long as a Rhythm For Endless Minds kind of jam remains in Kadavar’s repertoire, we’ll know they’re still intent on a more substantial artistic imprint.

Berlin puts any residual doubts to rest – it’s tighter, more focused, and just a cooler record than its predecessors. Last Living Dinosaur has that ‘blown speaker’ overdrive with head nodding grooves dripping with Jimmy Page-isms, and after the layered psych mid tempo explosion of Thousand Miles Away From Home and the anthemic, sing along snarl of Filthy Illusion, you’d think this throwback time machine had a broken dial locked on 1968 – just close your eyes and those who lived it can live it and feel it again; this album really never stops with hook after hook landing square in the gut. Don’t be confused, this ain’t an album of diluted pop tunes; Lindeman and the boys obviously aimed for a sonically diverse and textured record born from all things 60s and 70s. The songwriting is unconventional without losing accessibility, and wholly entertaining without resorting to predictable bubblegum gimmickry aimed at mass appeal.

See The World With Your Own Eyes has the trio stripping the layers for a streamlined rock n’ roll groove right out of the By The Grace of God Hellacopters playbook – an era when Nicke Andersson reached his badass ‘auto-stride’ with that band; Kadavar struts with identical swank, flaunting an effortless summertime cool. They’ve reached that point, where the jams bleed through as extensions of the soul; true fans of the genre know when you’re posing but these dudes are the real deal. From the fuzzed out ‘jumping bean’ fretwork of Circles In My Mind to the straight up muscular crunch of Stolen Dreams, Berlin is a collection of cuts that flat out pleases in every way possible. In the words of the band, “…where there are opposites, you can ground yourself…” – they’ve managed to fuse many of the best elements of their previous releases with a complementary twinge of prog, a spritz of free love proto, and an extra pound of psilocybin. In the end, more drugs equals better results…yeah, I’m sure that’s a revelation to everyone.