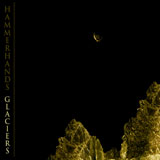 OOF. With one opening chord, Hammerhands have won my over by approximating the sound of a landslide of boulders. Always a good sign.

That huge chord that opens this album by the Canadian gang leads into the further 10 minutes of pummeling low end riffage that is “Floods”. The seismic rupture of the opening 3 minutes or thereabouts worth of sustained chords is soon joined by some cavernously large drums and it’s onward through a dirged out assault that immediately brings to mind a slower, heavier take on the same angular approach to underground, left field metal as their countrymen (and occasional tour mates) Godstopper. Clearly, the Canadian water has something in it currently. The rest of the world should be asking for samples of it if this is the effect it has on bands.

“Floods” is a little unrepresentative of the rest of “Glaciers” purely because of the fact that it seems like more of the band’s take on the drone/doom of bands like Burning Witch or the like…and really where Hammerhands have positioned themselves is more in league with a heavier take on the art damaged rifferama of “Houdini” era Melvins or the meanest parts of the Am Rep back catalogue. It’s a more metallic version sure (the guitar sound really is absolutely crushing), but the same juddering, airtight approach to rhythm and willingness to contort riffs into bizarre shapes while simultaneously flattening the listener with them is evident.

What we’re dealing with here is a band who have mastered the balance between the visceral and the intellectual – the structure and riffs are clever enough to keep it exciting but a no point do the band sacrifice sheer heaviness, or disappear up their own arses. Take the title track for example: the brawny riffing is stretched over an odd, slowed down timing but when you combine that with the melancholic tone of the guitars and almost pleading vocals in the verses, it’s an overwhelming prospect. When they rein it in a little for a quieter instrumental moment half way through, it seems all the more explosive when they kick back in for the latter half of the song. It sounds absolutely fucking huge.

And speaking of huge, while the malicious grinding of “Meatbags” is enough to pound you into the ground like a human tent peg, it’s the whopping 30 minute closer “Equus” that cements the fact that Hammerhands are a little on the special side. Starting in a fashion that calls to mind the slum blues of Oxbow, it builds over time into the inevitable series of cataclysmic drone explosions that opened the album, bringing things full circle. All delivered with a maniacal intensity.

You come across bands every once in a while who you feel are some kind of best kept secret, appreciated maybe only where they’re located, cherished by the few but deserving of much wider recognition. Going on this record, Hammerhands are definitely one of those bands. While the material isn’t the most varied here, it’s executed fantastically enough that you’ll not only want to listen repeatedly, but also be curious to hear where they go next. 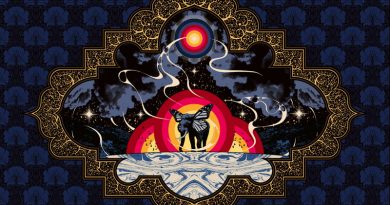