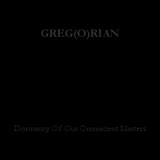 Bring me deadened doom that chills the room, and skull-cracking riffs like blackened gifts…from the talons of Satan. First thing I learned at primary school. Ha! Heavy like a fat fucking gothic cathedral spire sliced off by the idiot hand of Mechakongzilla and rammed through your eye socket on its way to earth – this is a cavernous and brilliantly bombastic outing from a little known bunch of spindly southern geekoids who have obviously spent far too much time in their bedrooms soaking up SunnO))). Three ponderous songs of preposterously ominous Essex doomsludge that groan under their own corpulent weight and threaten to implode the shaking amplifier like a swirling black hole chaos. Mightily impressive – the most invigorating tonic of doom to have touched my shrivelled lips for a long time.

Track one, ‘Utter Condemnation’, is a relentless locomotive of misery and turpitude that hurtles along on a monolith-steady beat, fuelled by a torrent of starkly malignant riffery and throaty bellows. The juggernaut pauses halfway to leak out glissandos of dark chiming notes, before the massive drums break out the beats and blast back into the fifth gear of Beelzebub’s black machine.

The last track, ‘Sea Goat’, is a huge twenty-minute-plus sprawl of doom-soaked pyrotechnics that yawns like the black mouth of a Hebridean cave (one that obviously harbours the lair of the afore-mentioned sea goat). The post-rock influences are more pronounced here; I hear oblique and meandering notes that strike out from the higher strings to float over the shifting patterns of ever-solid rhythm. Hey, there’s nowt wrong with a bit of post-rock; when used in conjunction with genuinely heavy riffs and all-out aggression it can be highly effective. I only add that because we all know hackneyed post-rock noodling by trendy youths in skinny jeans and sleeve tattoos can be a lazy excuse for slightly posh, uninspired and pretentious musicians (in skinny jeans with sleeve tattoos) to fill up a bit of studio time. Not here though. No sir. Just the right amount of everything all adds up to a very satisfying listen. Greg(o)rian hit the heavy button whilst sacrificing none of their inherently post-Neurosis bent. They even invite you to download it for free – just go to their MySpace page and follow the blog entry. Free doom during the deepest government cuts for half a century – now there’s a morale booster. 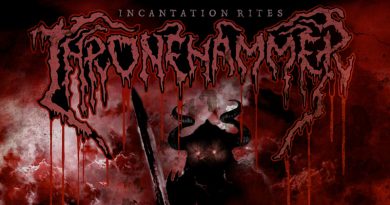