When a band opens their debut album with a church/funeral bell, that’s making a bold statement in my opinion, because for me it instantly conjures up two stone-cold metal classics, that both open the same way, and if they need to be repeated here, then perhaps you should check your metal credentials at the door, and start over.

Finland’s Fimir open their debut album Tomb Of God, out July 30th on Argonauta Records, in just such fashion. The bells coupled with a bit of buzz surrounding the band leading to the release had quipped my curiosity for sure. I sat with Tomb Of God for a while too, there’s a lot to absorb on this release, and these songs are universally long.

Fimir (I’m assuming the band’s name comes from a Warhammer character, I’d be shocked it was a coincidence, but it works, as said character fits a European doom band well) was formed from four of the five, members of Church Of Void, led by guitarist Georgios Funeral (excellent name) and vocalist Magus Corvus (even better name! Sounds like a cosmic villain) embarked on a journey to create ‘cosmic doom’. So, with all of that as a background, does Fimir deliver the doom? Yes, with some minor complaints.

One Eyed Beast opens the six tracker with the aforementioned funeral bell with some flanger effects before the song kicks to life, with a driving, straight-forward riff. The guitar tone of Funeral and second guitarist A.D. is warm and fuzzy. The instrumentation is crisp and clear, not as dirty or effects-drenched as some modern doom. Magus Corvus (I’m going to use his full name every time!) offers up a doom-y howl on this track, showing off his impressive range. One Eyed Beast follows that main riff for five minutes before dropping into an effects breakdown, then descending into the outro to close out the song with some nice lead work from Funeral.

Horde Of Crowes opens with a fuzzy-as-fuck bassline from Harvey Warlock and some serious, no-fucking-around riffage from Funeral and A.D., now we’re talking! However, for me I lost all those fuzzy feelings (pun-intended) as my man Magus Corvus (I’m guessing, or either Funeral/Warlock/A.D. or drummer H. Wizzard (!!) on backup vocals) begins ‘harmonizing’ the main vocal verse with a totally jarring, and initially way-unwelcome black/death guttural growl across the top. I got used to it after repeated listens, and again the riff and guitar work are that good, repeated listens were warranted, that I got used to this approach, but I still do not see what this offers the song. If we’re going for some Sabbath-y, fuzzy, 70s doom riffage, a guttural growl feels really out of place to me ears, especially as Magus Corvus’s clean vocals serve the song well. I’m all for trying something different, especially in this genre, but for this listener, it didn’t serve the song well.

White Wolf is long, epic, and winding. Magus Corvus’s presence isn’t felt until almost three minutes in, where right then they turn into an almost, dare-I-say-maiden-esque breakdown, before the guttural vocals make an appearance over Magus Corvus. Again, I find this jarring, unwelcome and not serving the song. Obsidian Giant has Magus Corvus channeling his inner Peter Steele and doing a pretty solid facsimile if I do say so myself. This song is a mid-paced, epic track, that features another solid bassline from Warlock, and a grounded, laid-back beat from Wizzard (!!), and more notable riffage from Funeral, both in tone and execution.

Temple Of Madness was released as a single, and again, the band themselves sound fantastic. Magus Corvus unleashes some unsettling doom-anguish, while a particularly catchy doom riff pounds the listeners skull. This song is the centerpiece of the record to my ears, as the entire band get to show off their individual skills, and the song really takes the listener on a riff-filled journey. I can see why this song was released as a single. Mausoleum Craft brings the album to a close, with more dirty, catchy, tonally excellent riffage offered by Funeral and A.D. as Fimir take all eight and a bit minutes to make their point, really riding the riffage and throwing in all sorts of effects-drenched lead work .

Admittedly, Tomb Of God didn’t initially make an impact with me but after repeated listens, I really began to absorb the weight, heft, and again, the aforementioned tone and riffs, as well as the stellar rhythm section, AND Magus Corvus’s vocals. And while I commend their originality, I still don’t like the black/death growls/screeches that are featured on a few tracks. I don’t need those vocals in my doom/stoner rock. As well, some of these songs could be cut down by a few minutes and be more impactful in my opinion, but overall Tomb Of God is a killer, unique release by a band that clearly know what they’re doing with their instrumentation and approach. And how about those fucking names? They get extra points for that! Great album artwork to boot. 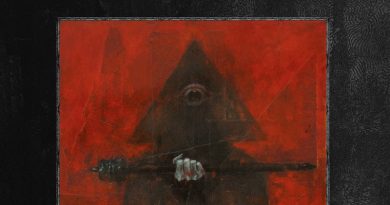 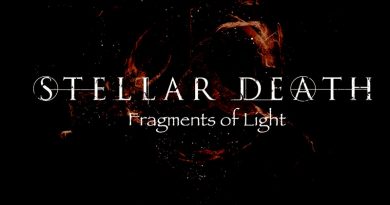