I first encountered London outfit Sly & the Family Drone via the two split singles that were released on the superlative God Unknown Records. Walk It Dry, the band’s latest album and follow up to 2019’s Gentle Persuaders is being collaboratively released by Love Love Records in the UK and Feeding Tube Records in the US.

London artist Kazland provides the artwork which reminds me of the surrealist works of Joan Miró. Miró expressed contempt for conventional painting methods as a way of supporting bourgeois society, and was in favour of upsetting the visual elements of established paintings. One gets the impression that Kazland has gone for a similar approach and hence maybe why the band chose him to do the cover art. Their music kicks against the pricks, to paraphrase Nick Cave, so why shouldn’t their art? A statement of intent from the get go.

The first track A Black Uniformed Strutting Animals with its discordant sax and motorik repetitive drumming reminded me of the mighty Sex Swing. It had a no wave vibe about it. Think James Chance, The Del Byzanteens and you have an highly effective opener of primal immediacy. Next track Dead Cat Chaos Magician married musique concrète with some amazing sax action. Kind of like if Albert Ayler got lost in the BBC Radiophonic Workshop. Not a song to be used for seduction purposes but alluring all the same.

Swearing On The Horns was the shortest track on the album and had a middle eastern intonation about it with the drumming, the band sounding like they were going through a black hole while tripping on LSD. Bulgarian Steel had a Swans Filth era sound to it, with some Foetus industrial pounding thrown in, making for an uncomfortable, gloomy yet satisfying listen. Shrieking Grief, featured some fantastic drum rolls and gave the track a true sense of urgency, allowing the sax more space to wail blissfully in the background.

It was a bit like going on a cosmic journey with the late great John Coltrane, you’d never have to take a single drug ever again to achieve that sense of nirvana once you’d heard this track…

Sunken Disorderly at five minutes fifty seven seconds was the longest track on the album and after the veritable chaos of Shrieking Grief offered up some welcome relief as well as a possible meditative opportunity with beautiful layers of drone. It was a bit like going on a cosmic journey with the late great John Coltrane, you’d never have to take a single drug ever again to achieve that sense of nirvana once you’d heard this track. My Torso Is A Shotgun was a brooding piece ala Sunken Disorder that conjured up a feeling of overwhelming despair and despondency before hitting the final track on the album. Tsukiji, which I believe to be Japanese for ‘reclaimed land’, it’s also a district of Chūō, Tokyo. This coincidentally had a very oriental feel and retained the low key, downbeat taste of the preceding two tracks.

Everything from the spoof band name, album title (a play on Dionne Warwick’s Walk On By?), and silly song titles would give you the impression that this was a novelty band. The fact that these humorous elements combine with, what is fairly challenging avant-garde drone jazz, makes it all the more remarkable that, far from detracting from the band and their work, they instead compliment it. What is also notable is that for an album as experimental as this, it passes by at a fair pace, the songs are of a perfect length, making this one of the band’s punchiest albums to date and possibly the best starting place for anyone wanting to investigate this eccentric, yet effective, outfit. 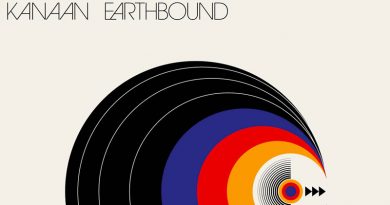