Hailing from Chicago, Fearsore are an experimental blend of industrial and doom masterminded by engineer, sound designer, vocalist, multi-instrumentalist and programmer Wiley Wells. Listing a who’s who of avant-garde industrial pioneers such as Skinny Puppy, Swans, Godflesh and Foetus as influences, Fearsore have spent two decades creating stifling, dystopian music that looks to challenge the concepts force fed to humanity as normalcy, and revel in dissent and alienation.

Such concepts ring true more than ever as vast sections of the world’s population find themselves isolated and removed from, what was considered normal life, and the tolls on mental health are really yet to be understood or felt; as such Wetworks seems a fitting release for 2020. A more collaborative affair than previous releases, Wells shares production and mixing duties with John E Bomher (Yakuza) whilst Jim Bresnahn (Cianide, Contagion) and Joe Starita contribute extra guitars on Dissent 2020 and Incubation respectively.

The EP delivers three original tracks (the limited CD version includes a fourth track, a cover of Project Pitchfork’s Alpha Omega, which I can’t comment on) that were created between Horse-Drawn Studios and Deadwood Studios and look to be the soundtrack to the world in troubling times.

Incubation opens the EP with easily the strongest track. It feels like a classic late eighties throwback to Ministry/Front 242 with jarring beats and distorted vocals, invoking images of a dark sci-fi fantasy. The sound is dense and unsettling, like the sonic equivalent of a William Gibson novel where the future is grimy, cold and hard. At times it feels like Joy Division smashing into Depeche Mode in an 8-bit computer game, and then there are moments where it opens up and feels more like a film score.

Like a lot of the experimental industrial greats, this doesn’t move through a song structure in a classic sense, but works through a series of suffocating feelings. The closest thing this reminds me of is the first time I listened to Too Dark Park by Skinny Puppy.

Dissent 2020 is much more downbeat; slow and simple, plodding with stripped down guitars and off kilter percussion, employing the same techniques that have gone before and strangely reminded me of Misery Loves Co’s Prove Me Wrong on half speed. Well’s vocals positively crawl on this track, like a man drowned in a pool of catarrh as the music swells and ebbs in a mixture of sounds and noises.

There’s a rabbit hole of discussion to fall in about industrial music and structures but, for me, it doesn’t really feel, for all the cool tricks and vibes, that Dissent 2020 really goes anywhere. It sounds bleak and full of despair, but seems to get stuck in the moment and doesn’t try and resolve anything. Somehow I’m left feeling like I’m missing something.

The next, and closing track on my review copy is the mammoth, epic length, near twenty-minute Music To Travel Where One Would Not Like To Go. Beginning inauspiciously with noises and pulsing bass, this is very much a piece of naval gazing musical theatre, rather than a conventional song, and the additional music cycles through moods that come and go. Sometimes it’s easy to get lost in the hypnotic feel; the string instruments evoke the same sounds as Nine Inch Nail’s cover of Dead Souls, but then drift away as other elements take the forefront.

There are some really intriguing and hooky moments buried within the track, but given the extended running time, Music To Travel… can really meander between these high spots as there are large moments that passed me by in a totally forgettable manner. Maybe that is the point, the distraction of isolation, the wavering of focus… maybe…

Industrial music can be a tricky mistress in its desire not to conform to a linear mind set, which can captivate some and alienate others. Wetworks has moments that provide that razor sharp directness, and then others that are almost glacial like some of the pieces by Jesu. For me the problem is that Wells seems caught between the two and here, Fearsore fail to commit to one or the other, making an inconsistent listening experience that doesn’t hook me in the way it should. 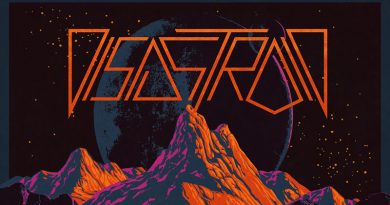