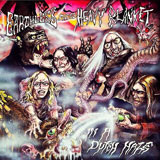 You never forget your first Roadburn. Ever.

Over those life-affirming four days in April 2012 I saw Wino and Conny Ochs deliver some soul-cleansing acoustic odes. I saw Sleep devour two hours of my life into a devastating, weed-fuelled homage to The Riff. Bongripper re-educated me in my beliefs as to just how beautiful sheer volumistic distortion can be. I saw Voivod. I saw diSEMBOWELMENT. I saw Yob (twice!). I saw Ulver. I saw everything I ever wanted to see in a musical adventure and yet I saw so much more beyond that.

However, there was one performance that was so out there, so unique, so unexpected, so insane, so off-the-cuff and so gorgeous that I honestly never wanted it to cease. At the time of the show which has been hereby named by its protagonists as In A Dutch Haze very little was actually known about what was about to unfold. What was clear was that the rhythm section of Earthless had teamed up with two modern day guitar gods to indulge our ears and our minds with a late night fixture simply dubbed at the time as “Heavy Jam”. The “band” line-up that evening comprised the following four horsemen of the a-rock-calpyse:

Mario Rubalcaba – Pound-for-pound, in my humble opinion, the greatest live rock drummer on the planet. Multi-faceted, seemingly multi-limbed and ‎talented beyond the scope of what his simple kit set-up should be capable of doing, Rubalcaba was worth the ticket price alone.

Mike Eginton‎ – Rubalcaba’s percussive partner in crime in Earthless, Eginton is the modern day complete bass-player yet somehow remains so criminally underrated and overlooked in the press. If Rubalcaba is the Mitch Mitchell of the 21st century, then Eginton is his Noel Redding.

J.Mascis – Dinosaur Jr. Heavy Blanket. Sweet Apple. Witch. Man, this guy even stakes a claim to having played in Nirvana. Named in both SPIN and Rolling Stone Magazine’s list of “Greatest Guitar Players of all Time”, his six-strung sonic wail is both unmistakable and unparalleled.

Graham Clise – With Earthless’ axe-maestro Isaiah Mitchell unable to perform at the very last minute due to unforeseen circumstances, the second guitar slot was ‎dutifully handed to Clise, a more than worthy player whose fretboard acrobatics are as devastating as his bottomless arsenal of riffs. With his history of playing with Mascis in Heavy Blanket as well as his rampaging reputation as part of Lecherous Gaze, Clise was the only possible replacement for Mitchell’s much-missed brilliance.

The quartet (with Clise in Mitchell’s rhythm slot) did apparently have a short back story. Jamming together for an impromptu hour at the 2009 SXSW Festival in Texas, the groundwork had indeed been laid for the hour-long track which since became known as Paradise In A Purple Sky. However, as Mascis took to the stage and began to flex his fingers into the most colossal of histrionic warm-ups, all of that ceased to matter as several thousand music fans slowed down their consciousness’s and opened their ears, eyes and minds to the rollercoaster that was about to unfold.

Eginton positions himself physically behind the two axe masters and steps into a solemn and steady brooding groove, never straying far from Rubalcaba’s riser and his own amp set-up. With Clise slowly cranking his guitar into life as if it had been asleep on some ancient cast-away satellite, Rubalcaba allows the string-smiths room to open up the stratosphere with a gentle wash of cymbals and a slow roll into his double-kick brilliance. After nine minutes of spell-binding space prog, Mario finally explodes into life, pounding his snare like a psychopath as Eginton cranks into a devastating bass groove that’s not all too dissimilar to that of Earthless’ glorious past track Demon Lady.

Clise and Mascis respond with gusto and before you know it, Clise is finger-tapping away like Eddie van Halen trying to write his CV and covering letter five minutes before a job interview. Mascis rides the vortex like some kind of ethereal spirit stalking the undead and his beautiful motifs, solos and licks are almost a song within a song, within a song. Clise is more dominant than Mascis in the riffing capacity – everything that Rubalcaba throws at him he smashes right back through his amps with an impeccable forehand. There’s simply no room for errors at this speed and his and Rubalcaba’s patterns are the most notable partnership in terms of how they feed off each other’s energy throughout Paradise In A Purple Sky.

By the time the twenty minute mark rolls around we’re in full-on eyes-in-the-back-of-your-head improvisation territory with a feast of sounds, techniques and decimating speeds flying towards every corner of the 013 venue. Clise and Eginton eventually slow the battery down to a chug and Rubalcaba sits back in the rhythm pocket behind Mascis’ hulking wall of high-end treble. If instrumental space rock doesn’t hold your attention, then this is likely to be your idea of a 1984-esque hell. But if the thought of four of the planet’s most show-stopping musicians simply “bringing it” hammer-and-tongues for your sheer entertainment grabs you then by the Whiskers of Weinrich, just go buy this and forget your face ever existed.

At twenty-two minutes Rubalcaba forces his legs into an impossible display of extraordinary double-kick drum, segueing Mascis and Clise back in with a whole new slant on the attack – one of lazer-beam precision and soul-evoking birdsong. Gradually building this gallop into a second wave of frenzied bonanza, Clise then kicks back in with a simply bitching riff as we approach the half-hour. All sweet hell subsequently breaks loose behind the kit as Rubalcaba takes on Mascis in a bout for band leader which could easily last for decades. Eginton simply stands there, unravelling and re-intertwining the pace every few minutes – without him, none of this would work at all – he remains the foundation of this sonic skyscraper.

The second half of Paradise In A Purple Sky almost mirrors the first, yet everything just gets a notch more ridiculous, more dangerous and more captivating. Mascis plays with his feedback and peddle effects like a kid in a toyshop as Clise simply lets riff after riff after riff ooze from his long, gangly arms. Rubalcaba controls the intensity as well as the story itself, his delicate fills rising and falling like entire civilisations chartering the course of history; from primitive beginnings to revolution, to war, to peace.

Arriving back at that exact same groove from the nine-minute mark with 15 minutes to go, the conclusion is a complete grandstand finale. Chunking riffage from Clise, topped off by Mascis’ sickly icing and Rubalcaba’s authoritative power circles the room, gradually slowing down from the players’ gentlemanly brawl to a mutual admiration for each other’s styles and subtle grace as the all-consuming final feedback and rapturous applause from an adoring crowd take over the foreground.

By the time the hour was up, it was late. Exactly how late I didn’t really know. Hell, I’d forgotten what my own damn name was I was so lost in the almost fictional absurdity of what had just taken place. To quote Annie Lennox, sweet dreams are made of these and who the hell are we to disagree with these titans of psychedelic rock. The only way you could witness a more spell-binding jam would be if you dug up Jimi Hendrix, Keith Moon, Frank Zappa and John Entwistle, filled them to the brim of their skulls with adrenalin and set them off on stage like spinning tops for an entire week.

Long after the amps had been shut down I recall seeing Rubalcaba, Mascis and Eginton down in one of the many corridors of the 013, laughing, embracing and sharing a few beers and handshakes with the Roadburn faithful. It struck me as to how fresh they still looked – if I’d just been able to perform like that on stage I don’t think I’d be able to get off the floor for the rest of the weekend, let alone stand around sharing tales of gigs and moments long gone by. But I guess that’s what makes them genre-defining legends they are and I just some simple awe-struck scribe.

Now out on CD and vinyl cheekily-decorated by San Francisco tattoo artist and designer Tim Lehi (High on Fire, Black Anvil, Xasthur), ‘In A Dutch Haze’ is frankly a must-own release. Sit yourself down and give in to an hour of unbeatable psychedelic madness – it’ll feel as though you were there for the whole night, irrespective of whether or not you really were. When Roadburn told us we’d get a ‘Heavy Jam’, they probably didn’t realise they were making the biggest understatement of all time. This literally was unforgettable. 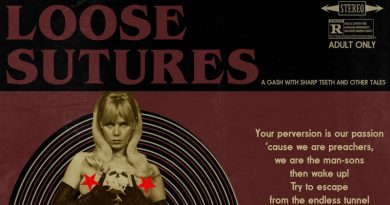 Review: Loose Sutures ‘A Gash With Sharp Teeth And Other Tales’ 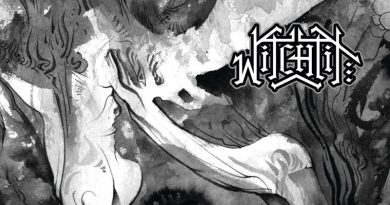