Have I stepped into a time machine back to the 60s? That’s how I feel listening to The Sonic Dawn’s latest Enter The Mirage, due out on the 27th March on Heavy Psych Sounds, the Italian label that is currently rivalling RidingEasy Records as one of the most important labels out there releasing new stoner, psych and doom records.

Formed in 2013 Enter The Mirage is the band’s fourth release to date and follows up from last year’s Eclipse which was labelled by one reviewer as ‘easily one of the best psychedelic pop albums of the decade’. The band were also handpicked by Brant Bjork as tour support, as well as playing with the likes of Graveyard and White Hills.

The album cover is designed in such a way as to give you the impression that you’re looking at an actual mirage, hence the album title. It commences with Young Love – Old Hate which recalls 80s aussie psych/garage rock outfit The Stems, who themselves were somewhat in awe of the 60s Nuggets compilation bands. Following this is Hits Of Acid which has an understated and cool Velvet Underground vibe, while the longest track on the album, Loose Ends bears a passing similarity to The Strawberry Alarm Clock.

[Shape Shifter] at the drop of a hat, the band change from mellow psych to electrifying hard blues, and this helps to prevent the music from becoming predictable and monotonous…

Some brisk guitar strumming, and organ opens Children Of The Night before mellowing out into Pink Floyd territory roughly halfway through before resuming the natural pace. One thing to note is they certainly like to change things up in their tunes and next track Shape Shifter is yet another indicator of this. Here, at the drop of a hat, the band change from mellow psych to electrifying hard blues, and this helps to prevent the music from becoming predictable and monotonous. Enter The Mirage introduces an Indian sitar giving the track an otherworldly feel, I can see myself walking in the Sahara Desert with a glistening sun lit horizon in the background, thinking I’ve found water, only to discover it was but a mirage. The visuals this track evokes is astounding.

I can’t 100% verify whether single Soul Sacrifice is a cover of the Santana classic as it features vocals, but it certainly retains the Latin flavour of the original. Join The Dead has a Doors style swing to it, Jim Morrison certainly wouldn’t be out of place singing on this one. Sun Drifter has a catchy chorus and reminds me of Paisley Underground bands like Green on Red and The Rain Parade, while UFO closes the album in a style that reminds me of Black Sabbath in their mellower moments.

This is a record that if you are a fan of Sleepy Sun and/or Dead Meadow’s more recent work, then you will probably be at home. The best thing about what The Sonic Dawn have done here is keeping the songs relatively short while injecting a real sense of urgency and energy at the same time. Despite being heavily influenced by the 60s, the band have managed to craft their own style, partly thanks to Emil’s unique vocals so this doesn’t feel like a by numbers tribute to a bygone era (Ahem, Greta Van Fleet). This, along with a skilful production job makes for a very interesting listen. 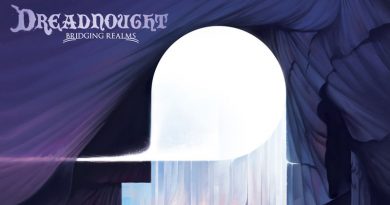