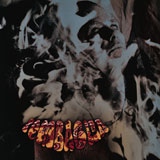 When artists persevere despite a culture of dissent, the very act of charting a new course can be considered an ‘affront’ on consumer expectations and an overt threat to a critic’s ‘fat and happy’ comfort zone. The preconceived notion that a band should stick to what they know and do best is unfortunately a prevalent stance held (surprisingly) by many who consider themselves fans of extreme music – the libertines, misfits, and true free spirits who historically set the bar for progressive thinking but somehow in their search for the ultimate in eccentric heaviness – doom, sludge, or whatever – ironically painted themselves into a corner lined with clichés and rigid genre tags.

The UK’s Pombagira (aka Peter and Carolyn Hamilton-Giles) set out in 2008 with the ultimate goal of mass decimation via low end, infinite cab, sub-sonic brutality – a trademark that was bound to win friends and influence anyone with a brain and ear for the dark riff; their debut and 2009’s Black Axis Abraxis succeeded with a more than capable handle on face melting grooves with a live set that could suffocate, turn stomachs and smash bowels from the weight of assault alone. This was enough to pair them up with Southern Lord equal contenders Eagle Twin for a split 12” released in 2010. But it wasn’t until 2012’s Maleficia Lamiah and now its latest 13 track, 82 minute long player Flesh Throne Press (Svart Records) that the band was comfortable enough in their own skin to shed it (at least in part) for a stripped down, even bleaker take on modern despair.

Listeners will probably fall into one of two camps on this one – songs like opener The Way and the 13+ minute title track will easily appeal to most fans of traditional sludge; it’s an amalgam of mid tempo dirge, doom, and dark rock with sufficient reverb and enough echoed wails to appropriately set the mood. But those more open minded will better appreciate the subtler moments on the album – Gather and Sorcerous Cry creep and skip along with sultry bass lines and light acoustic accents; it’s as if Baltimore MD’s Lower Dens reinterpreted Om’s Conference of the Birds – a love child of meditative psychedelic forays and suggestions of impending low end attacks. The lingering dismality in itself is convincing enough that amplified brute force is not always necessary to get the point across. Soul Seeker, Time Stone, and to a lesser extent Blessed Are The Dead are the most extreme examples and play like delicate occult transmissions from the bottom of a well.

Some will resign to chastise this experimentation, favoring the straight forward muscle of I Curse, I Pray – Ramesses dealt with a similar fate in response to 2011’s controversial Possessed By The Rise Of Magick; but the term ‘misstep’ is highly subjective and judging an album by the quality of its content is far more credible than dismissing it purely for an unanticipated change in artistic direction. And by this measure, Flesh Throne Press is a resounding success. So regardless of which side you take, Pombagira’s statement is powerful on its own terms and gives a firm ‘fuck you’ to the naysayers. Right on. 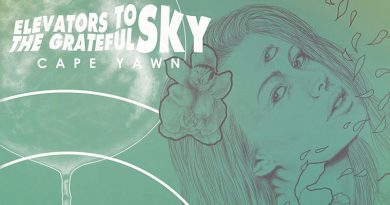