Dark neo-classical is a genre which sparked an interest in me and instantly made me think of luminaries such as Dead Can Dance, Kaddish, Godspeed You! Black Emperor and Trial Of The Bow. Purveyors of historic material Dead Space Chamber Music draw from baroque, chamber, renaissance, and medieval idioms. Music which is exciting, stirring, and extremely moving, but also has an ability to transport the listener hundreds of years back into the late 15th century.

This, Dead Space Chamber Music‘s second studio album namely The Black Hours digs deep into the last year or so, translating into music all the band member’s personal experiences through the effects of Covid. Spanning the visceral, right through to tender, the songs display the breadth of their abilities as musicians. The bulk of the material is extremely old but brought right up to date and surfaces as new and contemporary to the ears. Avant-garde, neofolk, ritual ambient, and dark medieval all have their place at the table for your pleasure.

Aurally there are many unsettling sounds to hear which dig deep and touch many a sensitive nerve, however, there remains a bold humanity at the core of what they have achieved. Dramatic is another adjective that deserves to be thrown at this release. Seven interlinked songs are the thread, each connected by the tolling of the bell which marks the hour. All created sequentially, the first song put together pre-lockdown and the last post-lockdown. This project was begun in late 2019 and completed halfway through 2021.

A desire to record the whole band together in one live room is how they prefer to work, and you can hear/feel that human connection. This release is a reference to a medieval illuminated manuscript of the same name, an intimate book of prayers that marks The Liturgy Of The Hours, or The Office Of The Dead, with the prayers marking the hours from morning, to evening, and through the night.

Avant-garde, neofolk, ritual ambient, and dark medieval all have their place at the table for your pleasure…

We begin with Liement Me Deport which has its roots firmly in neofolk. Drums that resemble musket fire and dancing cello brings visions of an era long gone thankfully, fraught with witchcraft, danger, and plenty of human suffering. An unsettling atmosphere is upon us from the off. Bryd One Brere (Bird On A Briar) next displays an almost traditional chamber or baroque style that’s authentically done. More akin to Dead Can Dance say than Godspeed You! Black Emperor.

Ion I starts with an eeriness and discomfort. Atmospherics and sounds I’d compare to the likes you’d hear in horror soundtrack, or coming from ghostly other worlds. Mari Lwyd/Morfa’r Frenhines (Grey Mare/Queen’s Marsh) returns us to a more baroque neofolk vocal style which is stirring and intense, like a mad witch singing out her woes as she’s sentenced to a burning. Ion II is the burning, as her body loses its power and submits to death. The Pit/Dissolved In Ashes continues the theme, like a bad dream, or nightmare, that feels threatening and frightening to your very core. Douce Colombe Jolie is the calm after you awaken and realise the power of your imagination was much stronger than you realised, all is well, and peace has been resumed at last.

An album that deserves your attention if you enjoy the idea of visiting the darkness of the late 15th century for the odd sitting of this record. The authenticity of the musicianship and what has been achieved here cannot be brought into question. It deserves the attention of every Dead Can Dance fan, and even further afield to fans of historical music which can inspire your imagination to a world very different and far more dangerous than where we are in the early 21st Century. 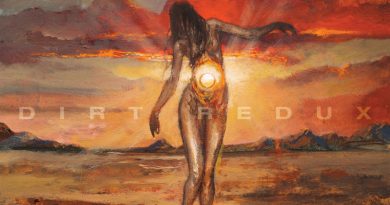 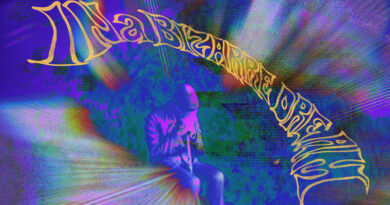