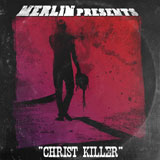 I would like to begin this review with a warning. It might be hard to understand what I’m getting at but it just came out that way and when I read it back, I felt I didn’t want to change it as I tried to make an example. You know, like that funky looking plant you have in your window that only you see the beauty in. Also with such a common name it was almost impossible to do any research on them, although I did eventually find their Facebook and Bandcamp pages.

To me the “person” Merlin is a nice fictional wizard in some book, but the band Merlin is worshipping the darker forces in the universe that’s for sure. The music is not evil sounding one bit, but the title of the album and songs, like Deal With The Devil, Lucifer’s Revenge and The Christkiller tells me another story. The music is so hard to describe it itches inside my brain.

After an intro called Overture, that sounds like the beginning of a dark mystical opera or such, completely executed with synthesisers and with a hell of a bombastic touch to it, not your usual intro that’s for sure.

Now that is out of the way, we can start with the doom part, as this site is mainly about the doom and Christ Killer its extremely fuzzy. Fuzzy in the way of the sound, and fuzzy because it is impossible to categorise Merlin. I have now mentioned the doom that’s infused in the music which sometimes gets really freakin’ heavy and bass ridden. There’s also some good old Rock ‘n’ Rroll in this mix I might add. These guys have managed to stir together so much, it would ordinary be too much and I must confess that it is the biggest mix of genres, Merlin may be playing with fire mixing all these styles together and what I mean with that is many a band fall on the goal line when mixing too many genres into their music, but somehow Merlin manage not to stumble on their cloaks and make a mess out of it. But damn it’s close sometimes.

Merlin are always progressing and changing style, rhythm, speed, well anything that is changeable they change. The only bad thing I can say is that the vocals can be a little weak and boring at times. Sure, to match perfect vocals to this otherwise brilliant EP was maybe too much for the poor ol’ wizard Merlin.

Then on the final track, suddenly the two guitars just take over and bring you on a psychedelic journey by throwing in a very original Forever My Queen cover by the almighty Pentagram (only available on the digital version) and as that particular song is my personal Pentagram favourite, I will make it my favourite on Christ Killer too as it is a perfect way to dissect Merlin as they do it their own way.

The usage of two guitars makes this trip through miles and miles of never discovered music so good and Christ Killer is one long trip from start to end and I’m pretty sure you’ll experience most genres where distorted guitars are used, which should appeal from the most beer oozing leather clothed metal head to the hippie dressed in colourful rags, no one is left out.

A psychedelic presence is also there through the whole EP which blends in very well and you can sum up Christ Killer as a record that has it all, and then some, but without being too much. Spooky. I guess the band name is fitting because only a wizard can make this work. 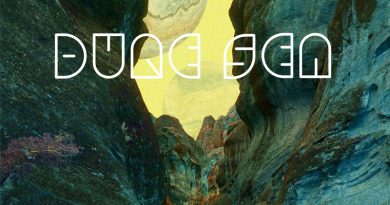