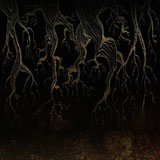 Promethean Cloud is the debut album of the self-described one-man post-doom metal project Bitter Tree. William C. Patton of Ottawa, Canada is Bitter Tree, having written and performed everything on the record, except for a few guest vocal spots.

Promethean Cloud is on the one hand a pretty high-concept piece of work whose linear notes include entries such as “inspired by the Greek myth of Icarus’ hubristic flight into the sun, but applied to a capitalist global theatre” (track 2 – Icarus’ Talons) and “inspired by the resilience, the fortitude and solid expression of the human condition” (track 12 – Mountainheart). That’s all well and good – everything has to be inspired by something – but these rather lofty acknowledgments do, unfortunately, highlight the somewhat grandiose delusions of the record as a whole.

Opening track Faces of God‘s phasey, digi-guitar drone, comes in gentle waves which are accompanied by a spoken word piece which, while there’s nothing wrong with it per se, it popped me out of what felt like a nice aural space. Generally – with the exception of track 14, Rheasilvia which I did enjoy – it’s fair to say that I found the vocals on the record distracting, the echo-chamber power-chord riffs often similarly so.

What I did really like about Promethean Cloud are the sounds themselves. Sonically it is very, very digital (I assume that the whole thing has been recorded direct into a computer via whatever pedal or program Patton uses) but it works well with the ubiquitously bowed and sustained strings. Half A Beast (Is The Great God Pan) and especially Whalesong are among the best examples of this; producing the kind of subtle, evolving ambient drone I could cheerfully sit through an hour or two of.

Unfortunately the more Patton tries to add in, the more it sounds like a demo or an idea he’s tried to get down quickly over the top of something else. There are quite a few different ideas here but they’re all bedded in – or superimposed upon – a digi-drone soundscape and (as far as I’m concerned at least) it’s not the right forum or format for many of them. That said, I suppose what I’m asking for is a different album and Bitter Tree didn’t make that album, they chose to make this one, which I enjoyed roughly one third of quite a bit. Exactly how much of that is due to what William C. Patton has come up with and how much is down to whatever it is he’s plugging into, I can’t say for sure.

Promethean Cloud by Bitter Tree is available to download for free from drowning.cc. 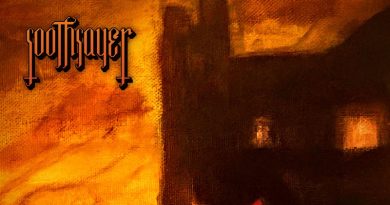 Review: Soothsayer ‘Echoes Of The Earth’