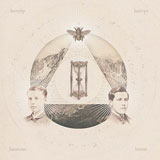 After my favourite Fayetteville (de)mentalists Queen Beast fell apart the members have resurfaced in various forms trying their hands at different but no less punishing projects. Dying are the latest incarnation to feature to feature Andy and Beau from the aforementioned band and Born is their full length debut, now available from their bandcamp page or as a physical copy. First off this is a very different, er, Beast, far more considered but no less impressive in the artistry they have created. The album starts unassumingly with the beautiful extended into of ‘Born’ itself. The track is awash with strange tribal rhythms that build to a break out melody and muted vocals buried deep in the mix that makes this a soothing instrumental. After this you are almost entirely unprepared for the change in pace as the epic length ‘Parts 1 & 2’ shatter the calm with a lofi punk boot to the face. The music takes a turn for the savage as it veers between thrash and grind, multi-layer gang vocals bouncing off gravelly distorted screams.

There are moments that recall the unhinged brutality of their former band but Dying are imbedded with a more lasting sense of groove despite the chaotic first impression. Over the eleven minutes of the track the band work their way through a variety of tempos, styles and emotions as they blend sludge, metal and punk, working from a slow chug to a frenetic blast and to the mellow tones of the endings queasy sounding horn section.

If this sounds like a mess then you would be right, but somehow they make it work. Over the course of the album the band push the boundaries of what is expected from them to the extreme. ‘Part 3’ manages to be an absolute cacophony of brutality tempered by moments of supreme groove. ‘Part 4’ is no less unhinged than what has gone before with bizarre, almost staccato stop start dynamics that sucker you in, only for the band to gleefully head in another direction including another delicate melodic finish, before ‘Parts 5 & 6’ kicks the door in like a drunken brawl.

Again no slouch to shed its expectations this starts off as a huge Oi! style punk number, before mutating into noodling jazz like number laden with creepy, atmospheric and picked guitar that builds instilling panic before collapsing into a weird almost ambient like break down. Recorded and mixed by drummer Beau Cousins who plays drums, and produced by the band, ‘Born’ is a very different record to the one that I was expecting. It is almost as confounding on first listen as the last band of theirs I reviewed, but this one is somehow as unhinged, yet more palatable. That doesn’t mean Dying are playing it safe by any stretch as at times this is an incredibly challenging record and sometimes it can leave you as confounded as you are impressed, but there is an improved sense of song writing dynamic, one eye on the pay off.

Make no mistake this won’t hit your local radio any time soon, but if you want a true slice of Middle American Misanthropia you could do a lot worse than checking these guys out. 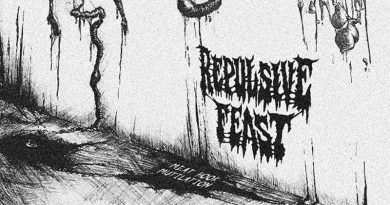 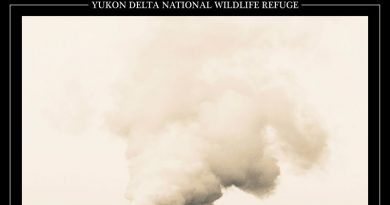