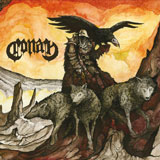 “Crush your enemies. See them driven before you. Hear the lamentations of their women.” A powerful statement from a powerful namesake, and one that this English doom trio more than live up to. Naming your band after one of the world’s mightiest and best known barbarians is a bold move, but when you go on to create band shirts with “Caveman Battle Doom” emblazoned across the back, write songs titled Foehammer and put on live shows so loud that people openly complain of earache, then fair play, you’ve more than earned your right to call yourselves Conan.

In the last year or so these guys have gone through line-up changes that would rattle the very foundations of most bands (most notable is the change in drummer – swapping Paul O’Neill for Rich Lewis), but they made the transition seamlessly and have gone on to tour relentlessly, while making to time to write and record the follow up to 2014’s Blood Eagle. Let’s face it, if you were to pit these three against Arnie with his wig and fake sword, it’s not difficult to imagine whose going to come out on top.

Newest effort Revengeance gets right down to business with Throne Of Fire – not so much of the slow, monolithic marathon that Conan are better known for, instead this goes in clubs swinging and tempo pounding, with guitar tone flexing its muscles all over the place. Thunderhoof pulls back the reins on the pace, slowing it to a near crawl that still makes enough sonic impact to unseat titans and make mountains crumble. Jon Davis and Chris Fielding’s dual vocals work perfectly alongside each other, with their respective shrieks and hollers echoing across long stretches of unspeakably loud amp slaughter.

Heaving power grooves throughout make the third full length from these Liverpudlian lads a real punisher of a listen. Repeatedly switching the musical dynamics from slow and mighty to fast and ferocious, not only keeps you on your toes, but allows you to sit back and immerse yourself in the bloodbath of a savage Viking battle, without even having to leave your chair. The only body part perhaps at risk of injury is your neck. Praise Crom. It looks like Conan have done it again and with every release it seems they get closer to hitting that fabled ‘brown note’. Be sure to check your fillings haven’t rattled loose once you’ve finished giving this a spin. 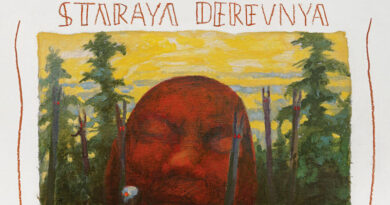 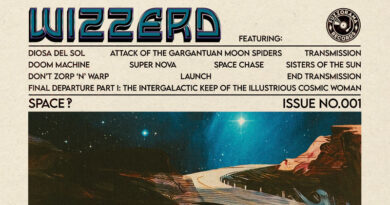