For years Cloakroom have always sat just under my radar. Friends would recommend them, but I never listened to them for one reason or another. Maybe seeing a name I’ve heard endless praise over is what made me want to immerse myself with no prior knowledge of what the band sounds like. But goddamn, this was one of the most instant love listens I’ve had for a while.

Great. I needed another obsession. Time to cover the outlines of my diary with fan fiction of how I plan to become friends with these dudes.

Cloakroom released Dissolution Wave as a celebration of their ten-year anniversary of being a band. Current members include Doyle Martin on lead vocals and guitar; Tim Remis on backing vocals and drums; and Bobby Markos on bass. Their previous albums Further Out (2015) and Time Well (2017) are already on my normal listening rotation for anyone planning on commenting that I need to listen to their entire discography.

Dissolution Wave starts with a quick jolt of mind-melting distortion on Lost Meaning. It’s an instantaneous beginning that’s permeated with both jarring and floating feelings. Dreamy vocals and fuzzy guitars delivered by Martin will put you into a cozy heaven of bliss. That is assuming shoegaze does anything for you as the tracks are packed with a thick coating of malaise, topped with honey dipped moments stacked atop of sludgey serenity that flood the mind and free the soul.

Title track Dissolution Wave feels like being lost at sea without a care that wherever home is, may not be reached anytime soon. As if communication to anything familiar is a distant memory. The currents will place you wherever they may and that’s something, although strange, you blindly trust. A Force At Play is a surf rock jam high on brown acid. Looking down at the water as it manifests with something seemingly in your control until you touch it only to then realize you have no power here. Drumming by Remis feels like rolling waves while remaining gentle you lose all focus as guitar distortion panels sound stacked, and with the skill of a surgeon, have immense dimensional power over the soundscapes.

a thick coating of malaise, topped with honey dipped moments stacked atop of sludgey serenity that flood the mind and free the soul…

Being used to so many bands drenching noise with so much darkness that the glimmer of sunlight Cloakroom spills can be blinding. And none shine brighter than on Dottie Back Thrush. The whole ambiance feels like a sound collection dancing with a carefree gorgeous grace. Tuned down Fear Of Being Fixed wraps slowly into a coiled mass reveling in a fascinating density. Sound cliffs build and fall away until you’re left open mouthed… more lost than before.

A breezy feeling returns on Lambspring, lulling the listener into a peaceful slumber until the following track Doubts brings the sobering realization that this is still a metal album back into the forefront. The anger is still here, it’s just a different flavor than I normally hear. After seven takes of a steady but varied experience, the eighth track and closer Dissembler shows me exactly how Cloakroom have left such an impression on so many people I trust the opinion of.  It takes the many sounds explored before and blends them all together into an ever-changing beast. They’ve somehow saved the best for last. After repeated listens it still catches me off guard. I’m grinning at this grit the band can easily relish in but choose to only use it when necessary.

This album is so damn smooth and chilled. When I was a kid, my sister had a boyfriend who would listen to Hum and Failure nonstop while he would stare off into space and my sister and I would play Super Mario World. In retrospect, he was clearly a pothead, and my sister was probably dating him for his stash of weed and CDs. Cloakroom’s Dissolution Wave can match the two space rock god tier bands in my opinion. They’ve matched that coolness of a world I didn’t quite understand at the time and brought that mystery flood back to my belly. Too bad I’m still the loser who has to play as Luigi. 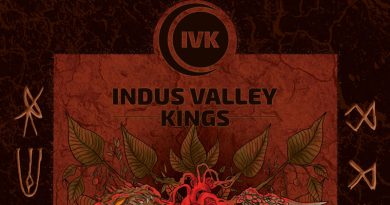 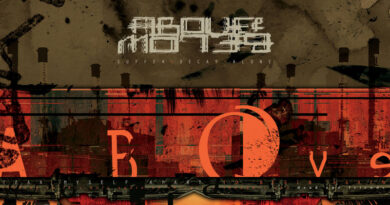 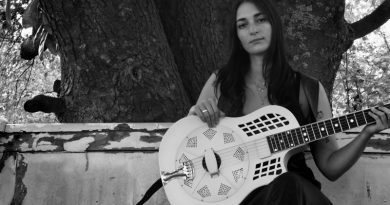