Sometimes hype from the media can become overbearing for an artist, even if it’s something they don’t engage with or even if they actively push against it. It can ultimately end up distorting critical opinion, both positively and negatively, and I felt that very much to be the case with King Woman‘s debut album. Created In The Image Of Suffering was lauded by critics in the world of Pitchfork Media et al, but generally received a mixed reaction from the metal underground. The hype with that album definitely hit fever pitch for a certain period in 2017, and it’s hard to ignore the same hype creeping up again around Celestial Blues. It’s our task as critics to try and look beyond it as best we can.

It’s not surprising that a band like King Woman would be amplified in this way; band leader Kris Esfandiari comes from the same San Francisco scene as Bosse-de-Nage, Botanist and Deafheaven, three of the most ground-breaking post-black metal bands of the last decade, all of whom are perennial Pitchfork favourites. It’s also unsurprising because, and I am absolutely not meaning this in a derogatory or dismissive way, but King Woman aren’t a metal band in the traditional sense. Indeed, on an instrumental and tonal level the band follow much of the sonic template of doom metal, but their song-writing style is completely different and has more in line with shoegaze, indie and post-rock than it does with doom.

I actually really liked Created In The Image Of Suffering, though I did think it had its faults. It’s decisively un-metal song-writing style was a joy and utilised some of the more intriguing parts of shoegaze, such as repetition and layering, rather than just relying on a blasé mesh of reverb and vibrato. However, I also felt that the vocals tended to mirror Dorthia Cottrell from Windhand a bit too closely and, more critically, that the band often struggled to fully realise their song ideas.

Many of the tracks had brilliant concepts and excellent creative hooks, but constantly left the listener with an unsatisfying feeling of incompleteness. It wasn’t always the case, and the album’s centrepiece Hierophant was an outstanding and highly memorable track that signalled much of King Woman‘s potential. The question is, can they rectify those shortfalls on Celestial Blues?

The answer is for the most part, yes, and Celestial Blues is certainly a step forward into a more defined direction for King Woman. Unlike Created In The Image Of Suffering, it’s hard to pull out any particular tracks as stand outs from Celestial Blues. The consistency across the album is quite astonishing and there isn’t a single song that feels under-baked or inadequately constructed. The way the band combine their depressive heavy tones with dynamic shifts to soft and clean sections is exceptional, and particularly evident on the likes of Entwined, Ruse and the title track. Only on the hard-hitting Coil, and the delicate closer Paradise Lost, do the band forego these dynamic shifts, but they are still excellent tracks that, even if they don’t feel quite as gratifying as the rest, act as significant markers on the album’s journey.

The other impressive thing that has been upgraded on Celestial Blues is the vocals, which as I mentioned earlier always felt, to me at least, to have too many similarities to Dorthia Cottrell’s style without enough definable differences. That isn’t something unfamiliar to doom metal, just think of how many male vocalists copy the intonations and inflexions of Al Cisneros almost to the letter without any originality.

On Celestial Blues, Kris Esfandiari now sounds far more diverse and unique, encompassing harsh and bombastic screams, wailing choral tones and vociferous chanting alongside her sombre and melancholic harmony-driven singing. The tried and tested story of Lucifer the fallen angel is given an abstract-expressionist twist in the album’s lyrical storytelling. Through the vocal performances though, it still retains much of the personal and emotive nature that the band purveyed on their debut, and this adds a significant piece to the expansive feel of Celestial Blues.

Where all the improvements are most notable are on tracks like the beautifully emotive Morning Star, the dark and creepy Boghz and Golgotha, and the intense and pulsating Psychic Wound. The engaging hooks, repetitive loops and dark melodies that have become indicative of King Woman‘s sound are used in a way that moulds these trance-like constituents into formations that feel incredibly satisfying. It’s something they only achieved in parts on Created In The Image Of Suffering, but on Celestial Blues almost every track manages to be addictive and haunting in itself whilst also urging you through to the next with a tantalising nature.

King Woman have achieved something which isn’t easy, and that is to forget the hype around their debut album and create a sophomore record that doesn’t rest on their laurels. Celestial Blues sees the band elevate their sound into the ambitious and unique style which they have been reaching for, but this doesn’t yet feel like their pinnacle. I still believe King Woman have more that they can augment from their component parts, with plenty of room remaining for the band to experiment with instrumentation and production in the future. Celestial Blues is a record which takes a while to grow onto the listener, but ultimately it is an absolute triumph of emotional creativity from a band who are transcending the hype. 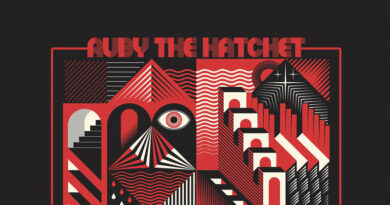